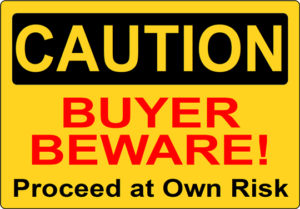 opens in a new windowAcrobat PDF Version
He was the owner of two buildings on one lot in Greenpoint, Brooklyn. Greenpoint is an area well known for its warehouses and lofts, and is now a very desirable neighborhood for residential development. It is also well known that many tenants in commercial lofts in and around Greenpoint reside in them instead of just using them as artist studios or business spaces. One building housed the owner’s gym business and the other was a three story loft building. Along with the property itself, the Transfer of Development Rights (TDRs) were very valuable to developers, as they would allow greater development of another property. The owner negotiated the sale of the whole property for $16 million. The buyer was a sophisticated real estate developer with numerous large real estate projects who already owned other lots next to the owner’s property. He had designs to demolish the existing structures and build residential apartments on the combined properties.

The contract of sale was signed by the parties; it included various representations and warranties of both the seller/owner and buyer. The contract included a schedule of all rents, security deposits and lease expiration dates of the loft tenants, along with copies of the leases (which referred to the lofts as ‘apartments’). There was also a statement made in the contract that all of the loft leases were commercial leases.

After the contract was signed, the seller/owner directed his attorney to make crystal clear to the buyer by giving notice that most of the loft tenants were living there (despite there being commercial leases). The owner’s attorney emailed the buyer’s attorney to inform that most, if not all of the loft tenants resided in their lofts in violation of their leases and to extend to the buyer a 7-day period in which to cancel the contract and receive a full refund of his down payment. The buyer declined this opportunity to cancel the contract, opting instead to proceed with the purchase. The closing took place and the $16 million purchase price was paid to a Section 1031 qualified intermediary company so that the seller could purchase a replacement property as a like-kind exchange and defer capital gains taxes under the Internal Revenue Code.

Subsequent to the closing of title, the buyer/developer learned that the loft tenants had filed a loft law application with the New York City Loft Board to recognize their status as residential tenants. The implications of their attaining residential loft status would mean that the building would have to be upgraded to bring it up to the City’s residential code and the certificate of occupancy would have to be revised from commercial to residential. Obviously, the loft law application created a huge impediment to the developer’s plan to demolish the building. So, the developer decided to sue the owner for allegedly not disclosing that loft tenants were residing in the commercial units in violation of their leases. The developer claimed that he was fraudulently induced into buying the property for $16 million when it was now virtually worthless because of the loft law application and his inability to demolish the structures.

Simultaneously with filing his lawsuit, the developer requested that the judge immediately restrain the $16 million being held by the Section 1031 qualified intermediary company. He made this request without giving prior notice to the owner. In tying up the $16 million, the developer was preventing the owner from closing on his replacement property that he already went to contract to purchase and putting at risk both the down payment moneys paid for the replacement property and substantial tax liabilities. The developer relied upon an exception to the notice rule laid out in Rules of Court Section 202.7(f) that a party seeking a temporary restraining order (TRO) does not have to give notice to the other side of the request when there is a risk of ‘significant prejudice.’ He alleged that the $16 million would be spirited away if notice was given. After the TRO was granted, the court scheduled a date for the owner to appear and oppose the imposition of an injunction on the money throughout the pendency of the lawsuit.

No grounds for a preliminary injunction

The owner hired Richard A. Klass, Your Court Street Lawyer, to ask the court to lift the restraining notice and obtain the immediate release of his $16 million. The owner argued that there were no grounds for the court to grant the developer a preliminary injunction. CPLR 6301 requires a party seeking an injunction to show (1) a likelihood of success on the merits; (2) irreparable injury in the absence of the injunction; and (3) a balancing of the equities in its favor. Courts realize what a drastic remedy an injunction is and, therefore, require a demonstrated clear right to the relief based upon undisputed facts; where the facts are sharply in dispute, an injunction will not issue. See, Sumiko Enterprises, Inc. v. Town Realty Co. LLC, 259 AD2d 483 [2 Dept. 1999]. Here, the facts were very much in dispute – the owner alleged that the developer was fully aware from the time he negotiated the deal through the closing that tenants were residing in the commercial lofts in violation of their leases.

This well-known expression means that the law does not impose any duty on the seller to disclose information concerning a purchase when the contracting parties deal at arm’s length with each other unless there is some conduct on the part of the seller which constitutes active concealment. See, Platzman v. Morris, 283 AD2d 561 [2 Dept. 2001]. The doctrine of caveat emptor applies to real estate transactions, where the buyer has the duty to satisfy himself as to the quality of his bargain. London v. Courduff, 141 AD2d 803 [2 Dept. 1988]. In the context of real estate transactions, a claim of fraudulent misrepresentation or inducement must be analyzed within the doctrine of caveat emptor. Mandarin Trading Ltd. v. Wildenstein, 16 NY3d 173 [2011]. The owner urged that he owed no duty to the developer concerning the loft tenants; and he did not actively conceal the fact they were living there. Rather, it was argued that the developer utterly failed to perform any due diligence before making the purchase. Indeed, the owner suggested that a couple buying a single family home did more to look into their purchase than the developer did. Shockingly, the developer claimed that he did not even walk through the whole building, order a building inspection or even an appraisal, and a visual view of the building plainly showed what looked like an apartment building.

Sophisticated developer did not exercise due diligence

Moreover, the owner asserted that the special facts doctrine did not apply to this case. The special facts doctrine requires the satisfaction of a two-pronged test: that the material fact was information peculiarly within the knowledge of one party and that the information was not such that could have been discovered by the other party through the exercise of ordinary intelligence. Black v. Chittenden, 69 NY2d 665 [1986]. By the developer not taking an appraisal or walking through the loft units, the owner suggested to the court that the developer “never even bothered to ‘kick the tires’ of the property.”

Aside from the back-and-forth allegations as to whether the developer knew loft tenants lived in the building, the contract of sale contained very specific disclaimers which could bar any action. New York contract law provides that, where a contract of sale contains a provision that the plaintiff is fully aware of the condition of the premises based upon its own inspection and is not relying upon any representations of the seller, any subsequent action for fraud is barred. See, Daly v. Kochanowicz, 67 AD3d 78 [2 Dept. 2009]. In this contract of sale were various provisions, including representations that:

Courts have held that specific disclaimers in contracts of sale, which are not just ‘generalized boilerplate exclusions’ and which cover the subject matter of the alleged misrepresentation with sufficient specificity bar fraud claims. See, HSH Nordbank AG v. UBS AG, 95 AD3d 185 [1 Dept. 2012]; Danann Realty Corp. v. Harris, 5 NY2d 317 [1959] (The court actually held that not enforcing the specific disclaimer clause would be tantamount to condoning the fraudulent statement of a purchaser that he was not relying on anything else except the contract representations themselves).

In granting the owner’s motion to vacate the TRO and deny the developer the injunction, the judge found that the developer’s “decision to rely on [the owner’s] statements in lieu of inspecting the tenants’ units to verify the ‘real quality’ of defendant’s representation that the tenants and leases were ‘commercial’ shows a lack of due diligence.” The developer could not show that he would be irreparably harmed if money damages could be awarded; merely claiming an increased difficulty in enforcing a possible judgment is not enough to show irreparable harm. In balancing the equities of the situation, the party seeking the injunction must show that the burden caused to a defendant by the imposition of an injunction is less than the harm caused to the plaintiff by the defendant’s activities. See, Edgeworth Food Corp. v. Stephenson, 53 AD2d 588 [1 Dept. 1976]. In this case, the owner has placed all $16 million into a Section 1031 Like-Kind Exchange with a replacement property; he would have lost his entire down payment if he didn’t timely close and would have also suffered severe tax liabilities on the proceeds from the sale of the Greenpoint property.

Richard A. Klass, Esq., maintains a law firm engaged in civil litigation at 16 Court Street, 28th Floor, Brooklyn Heights, New York. He may be reached by phone at (718) COURT-ST or e-mail at RichKlass@courtstreetlaw.comcreate new email with any questions. Prior results do not guarantee a similar outcome.