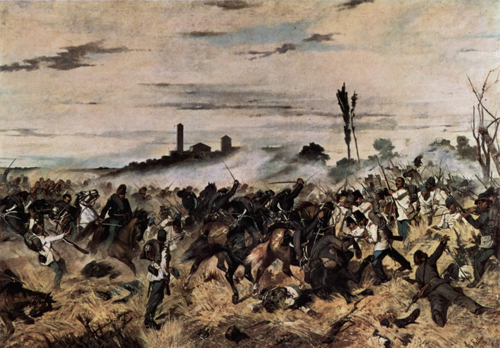 Out With The “Old” Ways

Generally, courts around the country use one of two methods to determine the amount of “reasonable attorney’s fees” to be awarded to a party: (1) the “lodestar” method and (2) the “Johnson” twelve-factor method (these methods were the two existing methods endorsed by the US Supreme Court in Hensley v. Eckerhart, 461 US 424 (1983)).

The “lodestar” method figures out the reasonable attorney’s fee to be awarded — which is basically the product of the attorney’s usual hourly rate multiplied by the number of hours worked (for example: $3,500 attorney’s fees award based on 10 hours of the attorney’s hourly rate of $350). After figuring out the product, the fee may be adjusted by the court as part of the court’s fee-setting method — a starting point (if you will) for an initial estimate before considering the particulars of the case’s circumstances.

The “Johnson” method came about from a case titled Johnson v. Georgia Highway Express, 488 F.2d 714 (5th Cir. 1974), in which the court envisioned a one-step inquiry into attorney’s fees, based upon twelve factors, allowing the court to rely more on its experience and judgment with both the attorney and type of case involved. Market forces, which generally influence the hourly rate charged, are not to be the sole determining factor under this method.

In a Decision rendered in April 2007 by the United States Court of Appeals for the Second Circuit in the case of Arbor Hill Concerned Citizens Neighborhood Association v. County of Albany, the Second Circuit held that it was abandoning the traditional “lodestar” method in favor of the concept of the “presumptively reasonable fee.” (The Second Circuit Court of Appeals covers cases in the federal courts of New York and Vermont). The Decision actually stated that the term, “lodestar method,” was a metaphor that has “deteriorated to the point of unhelpfulness.”

The Second Circuit decided to switch over to a new method of figuring out the reasonable attorney’s fee to be awarded to a prevailing party termed the “presumptively reasonable fee.” This new way asks the court to bear in mind all of the case-specific variables, including the reasonable hourly rate that a paying client would be willing to pay if he was able to negotiate with his attorney. In determining that, the court should consider, among other things, the “Johnson” factors and the fact that a reasonable, paying client would likely want to spend the minimum amount necessary to effectively litigate the case.

The Decision also highlighted a particular issue involved in setting fees — the “forum rule.” To determine the general hourly rate, the court has to consider the “community” in which the court sits; in federal courts, it has generally been the geographic area of the district in which the court is located. The Second Circuit recognized that that area could be skewed, depending on the district. So, the court clarified that a district court may use an out-of-district rate (or a rate in between in-district and out-of-district) if it is clear that a reasonable, paying client would have paid the higher rate; however, the court will presume that a client will either hire counsel located within the district or counsel whose rates are consistent with those of local counsel. The presumption may be rebutted if it can be shown that hiring higher-priced, out-of-district counsel was reasonable under the circumstances.

Like all considerations involved in deciding whether to bring a lawsuit against someone, the issue of attorney’s fees is an important one. Without effective, compensated counsel, a litigant with a true cause may be deprived of “his day in court.” Fee-shifting statutes and agreements for attorney’s fees ensure that each side to a dispute knows the risks of his conduct — whether it be the breach of a contract or commission of an act that a statute or court rule is designed to protect.