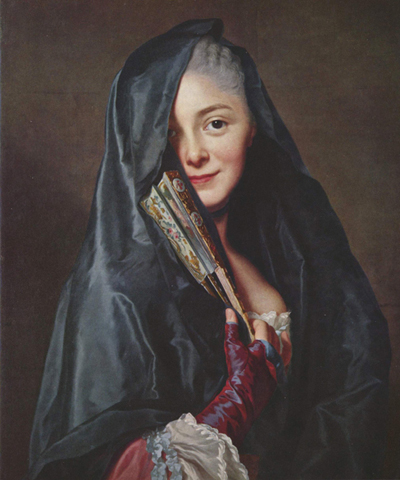 Making Sure the Guarantor is a “Good Guy”

In 1997, a landlord rented a commercial space to a tire company pursuant to a commercial lease agreement.The tenant defaulted in the payment of rent, owing the landlord the claimed arrearage sum of $157,000. To collect the rent arrears, the landlord came to Richard A. Klass, Your Court Street Lawyer, to recover.

The landlord brought a motion for summary judgment against the personal guarantor of the lease, seeking payment of all outstanding arrears; the guarantor cross-moved for summary judgment, seeking to dismiss the case. The guarantor contended that he was not a proper party, claiming that he notified the landlord in February 2005 that the tenant was going out of business and all of its assets were being transferred to a different entity, effective March 2005. The landlord refuted receiving this notice from the guarantor.

The term “summary judgment” means that a litigant is claiming that there is no reason to have a trial (either by judge or jury) because the case can be decided based upon application of the law. A “motion” is basically a request for a judge to take some sort of action.

Summary judgment is a drastic remedy, as it deprives a party of his day in court, and should be granted when it is clear that there are no triable issues of fact. See, Alvarez v. Prospect Hospital, 68 NY2d 320 [1986]. The burden is upon the moving party (the landlord in this case) to make aprima facie (Latin term for “by its first instance”) showing that the movant is entitled to summary judgment as a matter of law by presenting evidence in admissible form demonstrating the absence of any material facts. See, Giuffrida v. Citibank, 100 NY2d 72 [2003]. The failure to make that showing requires the denial of the motion regardless of the adequacy of the opposing papers. See, Ayotte v. Gervasio, 81 NY2d 1062 [1993]. Once a prima facie showing has been made, the burden of proof shifts to the opposing party (the tenant in this case) to produce evidentiary proof sufficient to establish the existence of material issues of fact which necessitate a trial.

In this case, the judge decided that the landlord laid out its case that the tenant owed rent arrears. This was based upon the evidence submitted with the motion, including the written lease agreement, the letters extending the lease for several additional terms, and the rent ledger. The judge dismissed the evidence presented by the guarantor, which amounted to his affidavit and the supposed notice that the tenant was ceasing business and a new company would be the tenant going forward.

Restriction on Assignment of Lease

The argument that the tenant had given notice of assignment of the lease to a new company was refuted by the specific provisions of the lease. A provision in a lease which restricts assignment or subletting, and requires the consent of the landlord prior to doing so, is enforceable. See,Matter of Clason Management Co. v. Altman, 40 AD2d 635 [1 Dept. 1972]. The lease agreement at issue had such a restriction, which explicitly barred the tenant from assigning or transferring the lease or subletting the premises unless the tenant obtained the prior written consent of the landlord. Thus, even if the landlord did receive the letter from the guarantor in February 2005, there was no showing that the mandated consent was ever procured from the landlord.

It is no secret to landlords that, unless the incoming tenant is a large corporation, a commercial tenant is essentially a shell entity whose assets can disappear overnight (nowadays, even large corporations could qualify). So, landlords insist upon obtaining signed personal guaranties from the principals of the corporate tenants. Sometimes, the guaranty will be for all lease obligations through the end of the lease term, and sometimes, the guaranty will be effective through the date the tenant physically moves out of the premises – the proverbial “good guy clause.”

In this case, the landlord obtained the guaranty through the end of the lease term, but still expected the guarantor to be a “good guy” and pay the rent. Generally, a guaranty is to be interpreted in the strictest manner. See, White Rose Food v. Saleh, 99 NY2d 589 [2003]. But it is also the case that a personal guaranty which contains language of a continuing obligation is enforceable and survives payment of the original indebtedness. USI Capital and Leasing v. Chertock, 172 AD2d 235 [1 Dept. 1991]. Thus, termination of a continuing personal guaranty requires compliance with the provisions governing termination expressly set forth in the guaranty. In the absence of some writing which addresses termination, a guaranty which is silent on that issue remains in full force and effect. See, Chemical Bank v. Geronimo Auto Parts Corp., 224 AD2d 461 [1 Dept. 1996]. In this case, the personal guaranty could not be canceled merely by the president of the tenant sending a notice, indicating that the old company was going out and a new one was coming in.

In granting the landlord’s motion for summary judgment, the judge held that the personal guarantor is liable to the landlord, based upon his guarantee of the tenant’s lease obligations.Ribellino v. Fleet 2000, Inc. and Rosenfeld, Sup. Ct., Kings Co. Index No. 7501/2008 [Decision dated October 7, 2009].