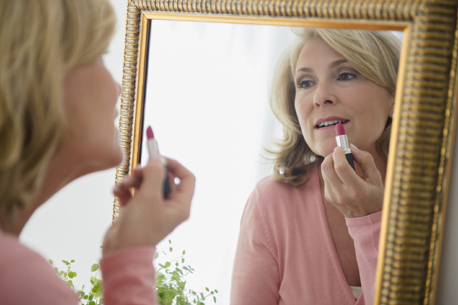 I’m ready, willing and able / And honey, now it’s up to you.
So lay your cards on the table / And tell me what you plan to do. – Doris Day

The owner of a 4-family house was ready to make a quick sale for $1.5 million. The buyer agreed to enter into a contract of sale for the house in “as is” condition in an all-cash deal to close seven days after signing the contract. Right before the closing, however, a dispute arose between the parties regarding the actual closing date. The seller attempted many times to close title, including sending several “time of the essence” notices to set a firm closing date. Each time, the buyer’s attorney responded that it could not close on the date but proposed an alternate closing date.

More than one month after the closing should have taken place, the buyer finally provided a title report to the seller. In the title report, it was revealed that there were five (albeit small) NYC Housing Preservation & Development (HPD) violations against the house. The buyer claimed that those HPD violations were impediments to closing and ultimately violated the terms of the contract of sale if not resolved.

Based upon the buyer’s course of conduct in delaying the closing date and raising minor title exceptions, the seller decided to declare the buyer in material default under the contract and presented notice that the $152,000 down payment being held in escrow would be forfeited unless the closing took place in 10 days.

Threatened with the potential loss of its down payment, the buyer filed a lawsuit against the seller seeking specific performance of the contract, breach of contract and monetary damages. Simultaneously with filing the action, the buyer filed a Notice of Pendency against the property (commonly known as a “lis pendens”). A Notice of Pendency may be filed in any case in which the outcome can affect the title, use or possession of real estate, and serves as notice to the world that a party lays claim to the property. Many times, an aggrieved buyer will file a lis pendens in order to tie up the property in litigation to either force concessions from the seller or protect a down payment from being turned over to the seller when in default under the contract of sale.

Failure to Prove Buyer Was “Ready, Willing and Able” to Close

To defend the lawsuit, the seller retained Richard A. Klass, Esq., Your Court Street Lawyer, who filed a pre-answer motion to dismiss the lawsuit. In the motion, the seller claimed that the complaint failed to state that the buyer substantially performed its contractual obligations and was ready, willing and able to close title.

In determining a motion to dismiss, a court must construe the complaint and accept as true the facts alleged in the complaint and any submissions in opposition to the dismissal motion. 511 W. 232nd Owners Corp. v. Jennifer Realty Co., 98 NY2d 144 [2002]. Further, a court must give the plaintiff the benefit of every possible favorable theory. Leon v. Martinez, 84 NY2d 83 [1994]. Further, a court may consider additional facts contained in affidavits submitted by a plaintiff to remedy any defects in the complaint. Rovello v. Orofino Realty Co., 40 NY2d 633 [2 Dept. 1976].

In an action for specific performance, the elements of the complaint must show that “the plaintiff substantially performed its contractual obligations and was willing and able to perform its remaining obligations, the defendant was able to convey the property, and that there was no adequate remedy at law.” E&D Group, LLC v. Theodore Vialet, 134 AD3d 981 [2 Dept. 2015]. In this case, the judge found that the complaint did not allege all of the elements necessary to establish its right to specific performance. Also, the plaintiff failed to submit any affidavit but only its attorney’s affirmation; and an attorney’s affirmation is of no probative or evidentiary significance (see, Warrington v. Ryder Truck Rental, Inc., 35 AD3d 455 [2 Dept. 2006]).

In deciding to grant the seller’s motion to dismiss the lawsuit, the judge held, “Notably, [Buyer’s] exhibits tend to show just the opposite, to wit that [Buyer] failed to perform on the contract and may even have been in breach of the contract by attempting to assign the contract to another entity.” Accordingly, the judge dismissed the complaint.

On Wednesday, June 14, 2017, The Brooklyn Bar Association (BBA) held an induction ceremony for its officers and newly-elected trustees. The ceremony took place in the ceremonial courtroom of Borough Hall with nearly 250 people in attendance. The Hon. Jeffrey Sunshine, a past president of the BBA, installed Aimee Richter as its newest president.

Richard Klass was installed as treasurer, continuing Mr. Klass’ long tradition of dedicating himself to the success of this highly-esteemed organization.

©2017 Richard A. Klass.
Marketing by The Innovation Works, Inc.
Image at top of page: Getty Images