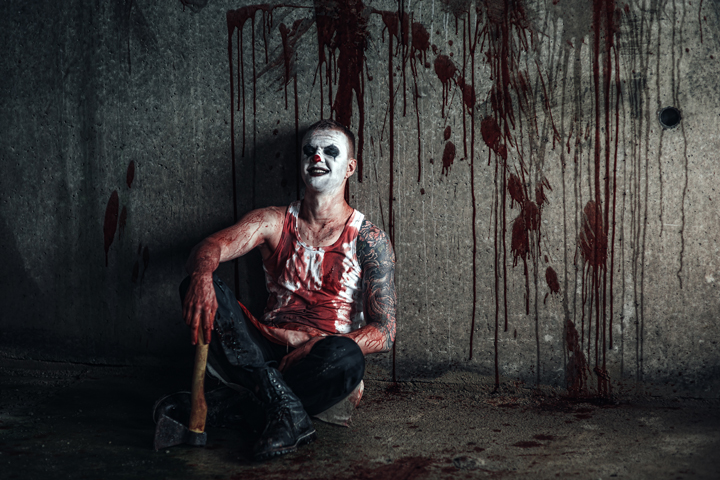 [Reader Advisory:
This case study begins with a graphic and possibly upsetting description of violent events leading up to a criminal case. Then, the narrative continues with a discussion of the accompanying civil case. If the reader prefers to begin with the discussion of the civil case, they may skip to the second heading “Order of Attachment.”]

He Drove from New York to Florida.

“Jeff” drove to his ex-wife, “Lauren”‘s Florida condominium and attacked her in her home. Jeff handcuffed Lauren’s arms and legs so she was unable to move. Then, Jeff repeatedly cut, beat, suffocated, threatened and tortured his ex-wife for over six hours. Throughout this ordeal, Jeff forced Lauren to answer intimate questions by threatening her with a knife he held up to her neck, putting tape over her mouth and suffocating her by putting a pillow over her face. Jeff referred to this as “phase one” of his plan. He threatened to do her more harm during “phase two” of his planned attack.

While being held against her will, Lauren continuously pled with Jeff for her life and safe release to no avail. Lauren’s son-in-law saw the ordeal as it was taking place because Jeff was broadcasting it online. He called the police, who arrested Jeff before “phase two” could take place and, luckily, before further harm could be done to Lauren.

Lauren retained a personal injury attorney to sue Jeff in a civil action in New York for the intentional torts he committed against her. Jeff owned a couple of buildings in New York and a half-interest in the Florida condominium. The attorney hired Richard A. Klass, Your Court Street Lawyer, as special counsel to seek to “attach” Jeff’s properties to ensure that he wouldn’t sell, mortgage or dispose of them in order to evade payment of monetary damages to Lauren.

An “Order of Attachment” is a provisional remedy used by a judge to ensure that there will be assets and property belonging to the defendant to pay any prospective judgment to be awarded to the plaintiff after trial. The operative rule, CPLR 6201, provides, in relevant part:

An order of attachment may be granted in any action, except a matrimonial action, where the plaintiff has demanded and would be entitled, in whole or in part, or in the alternative, to a money judgment against one or more defendants, when:

3. the defendant, with intent to defraud his creditors or frustrate the enforcement of a judgment that might be rendered in plaintiff’s favor, has assigned, disposed of, encumbered or secreted property, or removed it from the state or is about to do any of these acts;

In her request for the Order of Attachment, Lauren provided recordings of jailhouse telephone conversations between Jeff and another party which demonstrated that Jeff intended on quickly transferring his various real estate interests, seemingly to avoid a prospective judgment against him. The judge decided to issue the Order of Attachment in order to keep Jeff’s real estate in place to ensure that Lauren would have available assets from which to collect her potential judgment.

Out-of-State Property May Be Attached.

As to the Florida condominium unit jointly owned by Lauren and Jeff, the judge determined that he had jurisdiction to issue an injunction to prevent Jeff from disposing of his interest in it. While generally a New York State court has jurisdiction over only property located within the State, it can exercise jurisdiction over property in another state under certain circumstances. See, Gryphon Domestic VI, LLC v. APP International Finance Company, B.V., 41 AD3d 25 [1st Dept. 2007] (New York court can restrain transfers of property outside the state so long as it has jurisdiction over the transferor).

The defendant Was Deemed a New York Domiciliary.

Jeff made a request of the judge to dismiss the lawsuit against him, claiming that the court did not have jurisdiction over him because he was now considered a Florida resident (because he ‘resides’ in jail in Florida). This request was challenged by showing the judge that Jeff’s last residence before entering prison was New York.

…it is long-established law in New York that a person does not involuntarily lose his domicile as a result of imprisonment. …As stated by the Court of Appeals: “[A] patient or inmate of an institution does not gain or lose a residence or domicile, but retains the domicile he had when he entered the institution” (Matter of Corr v Westchester County Dept. of Social Servs., 33 NY2d 111, 115).

Further, the fact that the prison is located in a different state from the defendant’s previous state of domicile is irrelevant to the above jurisdictional rule. See, Poucher v. Intercounty Appliance Corp., 336 F.Supp.2d 251, 253 (E.D.N.Y.2004) (” It is well-established that a prisoner does not acquire a new domicile when he is incarcerated in a state different from his previous domicile.”)