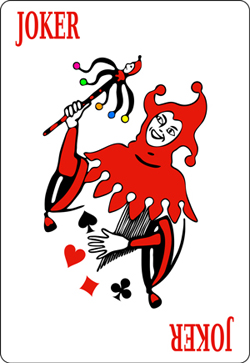 (Or How Mad Max Got to Keep His Camaro!)

It was a really nice car – a 1999 Chevy Camaro with only 51,000 miles. Maybe it wasn’t the most expensive car (like a Chevy Corvette) but Mad Max loved driving it on weekends. Mr. Max also had another vehicle (a truck) that he needed for work during the week. Unfortunately, Max’s business wasn’t doing well and he was forced to file for personal bankruptcy due to his mounting debts. As part of filing for Chapter 7 bankruptcy, Max had to submit to the Bankruptcy Court his Petition.

There is a concept in the law that, even though a person is a debtor and owes debts to creditors, there are certain types of property and income that will be left with the debtor (“exempt”) — and, thus, beyond the reach of creditors. These types of “exempt” property and income are enumerated under various sections of law. In New York, for instance, those sections of law include various provisions under the opens in a new windowDebtor and Creditor Law, Civil Practice Law and Rules (CPLR), Insurance Law and other sections. The usual types of exempt property owned by people filing bankruptcy include clothing, household furnishings, security deposits with a landlord, life insurance and annuity policies, and retirement/pension plans (such as 401(k) plans; Individual Retirement Accounts (IRAs); Roth IRAs; 403(b) plans; and similar qualified plans). The usual types of exempt income of a debtor include social security benefits, disability, unemployment, worker’s compensation, and 90% of wages earned 60 days prior to filing. In fact, over 90% of the bankruptcy cases filed throughout the country are commonly referred to as “no asset” cases in which, after taking the debtor’s exempt property off the table, there are no assets to distribute to creditors.*

Two Cars; Only One Exemption

In Max’s situation, he owned 2 cars (Truck worth $3,600 and Camaro worth $8,800). Under New York State law, Max had only 1 exemption for a car, and he needed to keep his truck for work purposes. But, Max really wanted to keep his Camaro. He could only keep the truck, using the $4,000 car exemption; the Camaro would have to be turned over to the bankruptcy trustee and sold to pay off creditors’ claims.

Fortunately for the debtor, he came to Richard A. Klass, Your Court Street Lawyer, for help. The first step was trying to figure out how Max could retain both cars even though he was going to file for bankruptcy.

Under the federal exemptions, there is, however, a really good exemption for debtors in the same situation as Max — the “Wild Card” one! Under Bankruptcy Code Section 522(d)(5), a debtor is allowed to take an exemption on any property up to $12,725 (“The debtor’s aggregate interest in any property, not to exceed in value $1,225 plus up to $11,500 of any unused amount of the exemption provided under paragraph (1) of this subsection [the homestead exemption].”)**

In preparing the Petition, the federal exemptions were selected for Max. The truck was exempted as the one car permitted ($3,675 exemption) to be taken under federal law. The Chevy Camaro was exempted for its full amount ($8,800) because Max was allowed to use the “Wild Card” exemption. Mad Max got to keep both cars!