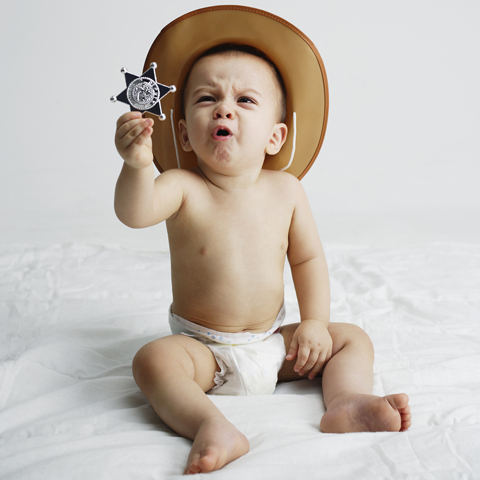 There’s a New Sheriff in Town.

In New York City, there are City Marshals, who carry out almost all of the same tasks as Sheriffs, including evicting tenants, towing cars, seizing businesses and levying on bank accounts. However, unlike Sheriffs, City Marshals aren’t elected to office, aren’t government officers who get paid salaries, and make their income from fees and a percentage of moneys collected through their enforcement duties. Also, their jurisdiction extends only throughout the City of New York.

Entry of Judgment by the Creditor

A company in the business of making credit available to small businesses through the use of merchant service agreements entered into an agreement with a night club. As part of the agreement, it obtained a signed confession of judgment from the night club which, in the event of a default in repayment of the credit line, could be entered with the county clerk. At some point, the debtor defaulted under the agreement and the creditor entered the confession of judgment with the clerk of court. Once judgment was entered, the creditor issued an Execution to the City Marshal. An Execution is a document which directs the enforcement officer (Sheriff or Marshal) to attach and levy upon certain assets belonging to the judgment debtor in order to satisfy the judgment.

The City Marshal levied upon the debtor’s bank account located far outside the City of New York, in Cincinnati, Ohio. The bank honored the levy, remitting the funds contained in the account to the City Marshal (which amounted to approximately half of the balance due on the judgment). In turn, the City Marshal remitted the net proceeds to the judgment creditor after deducting his levy and poundage fees.

City Marshals Are Subject to Reprimand

Article 16 of the New York City Civil Court Act governs City Marshals. Article 16 provides that the appellate courts may reprimand, censure, suspend or remove a City Marshal for cause through established, detailed procedures. Through delegation from the courts, the NYC Department of Investigation is charged with oversight of the City Marshals, including taking complaints, conducting investigations, and regulating their activities subject to court approval. Among the requirements for serving, a City Marshal must post a bond to answer for any violation of his duties.

Juxtaposed with the courts’ power of reprimand, City Marshals may also be held civilly liable for any damages caused by negligently executing a levy or warrant. See, Korsinsky v. Rose, 120 AD3d 1307 [2d Dept. 2014]. To establish a cause of action for negligence, however, a plaintiff must establish the existence of a duty on the defendant’s part, breach of that duty and damages. Specifically, a plaintiff suing a Marshal or Sheriff for wrongful execution must prove that he lacked or exceeded his authority while performing his duties and caused damage. While there are occasions that a judgment creditor may be held liable for conversion (under the principle of caveat creditor), an enforcement officer acting under an execution that was regular on its face and issued from a court of competent jurisdiction is protected by law. Ruckman v. Cowell, 1 NY 505 [1848].

Judgment Debtor Did Not Suffer Any Damages

In dismissing the case against the City Marshal, the judge focused on the issue of damages. In any negligence case, it is critical that the plaintiff-injured party prove that it was damaged as a result of the defendant’s acts. In this case, the judgment debtor could not establish that it sustained any damages as a result of the City Marshal’s levy on the out-of-state bank; there was no dispute that the moneys collected from the debtor’s bank account were properly applied towards partial satisfaction of the judgment. The judge held that the lawsuit was “a blatant attempt to avoid having to pay its bill (i.e. having the Marshal pay the money that Plaintiff owes the Judgment Creditor) and under the transparent guide of this action against the Marshal (which would in effect amount to a sanction of the Marshal).”

The court found that, by vesting authority with the appellate courts over City Marshals, the legislature did not create a private remedy where one was never intended. Since there exists both a forum and mechanism for addressing any alleged abuses of authority by City Marshals, the court would not entertain a lawsuit, especially where the City Marshal seemingly executed on a facially-valid confession of judgment. See, Bam Bam Entertainment LLC v. Pagnotta, [Sup. Kings 4/11/18], New York Law Journal, April 19, 2018. (Bam Bam Entertainment LLC v. Pagnotta decision/order available here in PDF format.)

Richard A. Klass has been selected for the 2017 New York Metro Super Lawyers List.

Richard A. Klass, has been selected to the 2017 New York Metro Super Lawyers list. This is an exclusive list, recognizing no more than five percent of attorneys in the New York Metro area.