A friend made a $200,000 personal loan (“Lender”) to one of his friends (“Borrower). At the time the loan was made in 2016, the Borrower signed a promissory note[1] in favor of his Lender friend, promising to repay the loan within ten months with interest. According to the terms of the Promissory Note, if the Borrower failed to repay the principal and interest in full by its due date at the end of 2016, any accrued interest would thereafter be calculated at the default rate of twenty percent per annum. In addition, the Promissory Note stated that “[n]o term of [the Promissory Note] may be waived, modified or amended except by instrument in writing signed by both of the parties.”

Default on the note

Action brought on the note

The Lender retained Richard A. Klass, Esq., Your Court Street Lawyer, to file a claim for breach of contract based upon non-payment of the Promissory Note. He established his prima facie entitlement to judgment as a matter of law on the cause of action to recover on the note through submission of the Promissory Note, which contained an unequivocal and unconditional obligation to pay, and an affidavit setting forth the borrower’s default. See Intermax Eco, LLC v Eco Family Food Mart Corp., 172 AD3d 1040, 1041 [2d Dept 2019]; Boro P. Health Mgt., LLC v Boro for Health, LLC, 39 Misc 3d 1229(A)972 N.Y.S.2d 142 [Sup Ct 2013].

There was no modification of the note.

In response to the Lender’s lawsuit, the Borrower put up the defense that the terms of the note were modified through a series of email exchanges between him and the Lender. The Borrower filed an affidavit alleging that he made payments over the course of several years which the lender accepted; and the loan was, thus, modified.

As urged by the Lender, the alleged defense of loan modification (based on the fact that the Lender took payments from his friend after the loan came due) completely missed the point — by its own terms, the Promissory Note became due and owing in 2016. Since the Promissory Note matured by its own terms in 2016, the Lender was well within his rights to pursue collection, since the cause of action had already accrued.[2] The assertion that there was some sort of modification of the note or a waiver of same was belied by both the facts and law. While the Borrower attempted to rely on a short exchange of emails in which his friend was basically “chewing him out” for not repaying the loan, the email exchange did not rise to the level of contract modification required by the terms of the Promissory Note,[3] or established by law. The email exchange only showed that the Lender was looking for some good faith from his friend — and his friend couldn’t even do that much (he couldn’t even live up to the supposed offer he made, as evidenced from his small, irregular payments). The email exchange did not constitute an enforceable, written modification setting forth the terms of any extension of the repayment terms of the note.[4]

To make a prima facie showing of entitlement to judgment as a matter of law in an action to recover on a note, and on a guaranty thereof, a plaintiff must establish “the existence of a note and guaranty and the defendants’ failure to make payments according to their terms” (Verela v. Citrus Lake Dev., Inc., 53 A.D.3d 574, 575, 862 N.Y.S.2d 96; see Gullery v. Imburgio, 74 A.D.3d 1022, 905 N.Y.S.2d 221). Here, Chase submitted the SBA Loan documents, including the relevant promissory notes, the personal guaranties, and evidence of the defendants’ default, which together established its prima facie entitlement to judgment as a matter of law on the complaint.

Once Chase established its prima facie entitlement to judgment as a matter of law, “[t]he burden then shifted to the defendant[s] to establish by admissible evidence the existence of a triable issue of fact with respect to a bona fide defense” (Gullery v. Imburgio, 74 A.D.3d at 1022, 905 N.Y.S.2d 221; see Verela v. Citrus Lake Dev., Inc., 53 A.D.3d at 575, 862 N.Y.S.2d 96). The defendants did not contest the validity of any of the agreements, notes, or guaranties, nor did they dispute that they were in default. Instead, they submitted certain e-mails into evidence, and argued that they had entered into yet another agreement with Chase — a payoff/paydown agreement — by which Chase agreed to refrain from prosecuting the instant action while the defendants were given an apparently unlimited time to obtain a refinancing loan. Contrary to their contention, however, the Supreme Court correctly concluded that the e-mails contained no evidence of any such agreement between Chase and the defendants.

The Borrower’s expressions of hopes and aspirations to repay the loan set forth in emails, while perhaps well-intended, did not amount to a modification of the terms of the Promissory Note. The Lender was well within his rights to commence this action at the time he did, as the cause of action on the note accrued and the action was timely commenced, giving credit for all payments made. The emails, at best, presented his friend with an opportunity to “do the right thing” and repay the debt.[5] It was urged that the emails ought not be interpreted as a binding modification or waiver of any rights. 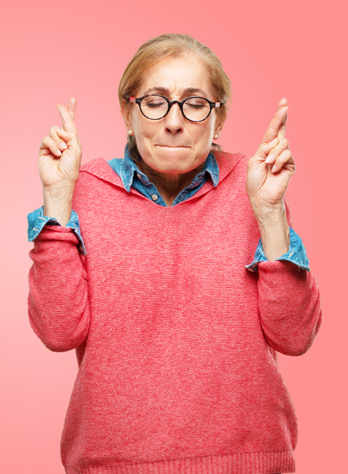 Doctrines of waiver and estoppel were inapplicable.

The Borrower also asserted affirmative defenses that the action was barred by the doctrines of waiver and/or estoppel. In seeking dismissal of these affirmative defenses, the Lender suggested that these were inapposite to the facts established in this matter and there was no evidentiary basis upon which they could be supported.

The essence of a waiver is when a party intentionally relinquishes a known right. It is well settled that when there is a no oral modification clause, the doctrines of waiver, release and estoppel do not apply. (“Waiver is an intentional relinquishment of a known right and should not be lightly presumed”) Gilbert Frank Corp. v. Fed. Ins. Co., 70 N.Y.2d 966, 968 [1988]; Brooklyn Fed. Saving Bank v 9096 Meserole St. Realty LLC, 29 Misc 3d 1220(A) [Kings Sup Ct 2010]. In this case, the Promissory Note clearly contained a provision that no term of the Note may be waived, modified or amended except by instrument in writing signed by both parties.

“Equitable estoppel prevents one from denying his own expressed or implied admission which has in good faith been accepted and acted upon by another, and the elements of estoppel are with respect to the party estopped: conduct which amounts to a false representation or concealment of material facts, intention that such conduct will be acted upon by the other party, and knowledge of the real facts. The party asserting estoppel must show with respect to himself: lack of knowledge of the true facts, reliance upon the conduct of the party estopped, and a prejudicial change in his position.” Airco Alloys Div., Airco Inc. v Niagara Mohawk Power Corp., 76 AD2d 68, 71-72 [4th Dept 1980]. In the instant matter, the Borrower did not produce any evidence that there was an expressed or implied admission that was in good faith accepted and acted upon by another. Moreover, there was no false representation or concealment of a material fact. There was simply a binding Promissory Note, and nonperformance by the Borrower.

In granting summary judgment in favor of the Lender, the judge directed that the Borrower be held liable for the balance due on the Promissory Note. The judge also dismissed the affirmative defenses set forth in the answer.

[3] “No term of this Note may be waived, modified or amended expect by an instrument in writing signed by both of the parties hereto. Any waiver of the terms hereof shall be effective only in the specific instance and for the specific purpose given.”