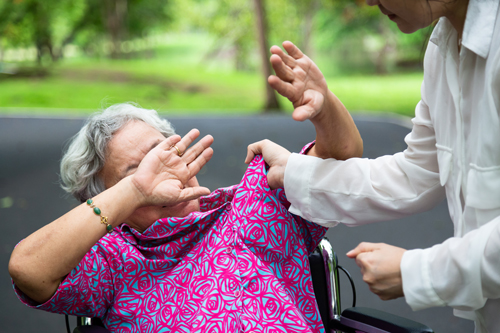 Arguing with a nursing home administrator is like wrestling with a pig in the mud.

After a few minutes, you realize the pig likes it.

She had to convalesce in a rehabilitation center for comprehensive (sub-acute) in-patient care following illness. Upon admission, the resident was presented with the facility’s admission agreement for her to sign. The agreement provided that, in exchange for payment through Medicaid, Medicare, insurance or direct pay, the facility would provide all of the patient’s basic and routine services, including lodging and boarding and professional nursing care.

The agreement specified that the resident anticipated paying the costs of care through her managed care organization (MCO) (which contracts through a network or group for the delivery of health care). However, the agreement left the section for private payment rates for daily charges blank.

Motion to Dismiss the Facility’s Case

Post-discharge, the rehabilitation facility brought an action against the former resident, alleging that she obligated herself to pay for the room, board, nursing and health care services but failed to made payment. To mount the best defense possible, the former resident retained Richard A. Klass, Esq., Your Court Street Lawyer, who immediately moved to dismiss the case.

In the Complaint, the facility alleged that it was a corporation duly organized and existing under and by virtue of the laws of the State of New York. Based upon a search of the New York State Department of State online records, there was no corporation with the plaintiff’s name registered to do business in New York State. Business Corporation Law § 301(a)(1) specifies that the name of a domestic or foreign corporation “shall contain the word ‘corporation’, ‘incorporated’ or ‘limited’, or an abbreviation of one of such words; or, in the case of a foreign corporation, it shall, for use in this state, add at the end of its name one of such words or an abbreviation thereof.” There was no such designation in its name in the Summons or Complaint. To the extent that the facility may have claimed it was suing under an assumed name, General Business Law § 130(1) provides that there are certain requirements to be met.

The pending motion to dismiss set up settlement discussions about the procedural and substantive defenses to the facility’s case. As to the procedural aspect, the next line of defense was to threaten dismissal of the lawsuit on jurisdictional grounds.

The Summons failed to prominently display at the top the words “Consumer Credit Transaction.” CPLR 305(a) specifies that the Summons must have those words on the top where the court held that the debt on an obligation of a consumer to pay money arising out of a transaction in which the services which are the subject of the transaction are primarily for personal, family or household purposes. In Jack Mailman & Leonard Flug DDS, PC v. Whaley, 2002 WL 31988623 [Civil Court, Richmond Co. 2002], the court held that medical debts were deemed consumer debts.

Nursing facilities, including nursing homes and rehabilitation centers, that accept residents whose charges will be paid in whole or in part by Medicaid are governed by the federal Nursing Home Reform Act (42  USC §1396r) and federal and state regulations (42 CFR §483; and 10 NYCRR §415).

Through these enactments, there was the creation of a so-called residential care patient’s “Bill of Rights.” These “Rights” include the rights to freedom from abuse, mistreatment and neglect; privacy; accommodation for mental, physical, psychological and emotional needs; treatment with dignity; and being fully informed and participating in one’s care.

Among residents’ rights are those relating to financial obligations to the facility, including informing the resident of those services and items that the facility offers for which the resident may be charged. 10 NYCRR §415(h). These laws and regulations govern nursing facility admission agreements. See, Prospect Park Nursing Home v. Goutier, 824 NYS2d 770 [Civil Court, Kings Co. 2006].

The resident did not read or write in the English language. The admission agreement was not translated for her. The resident alleged that when she asked what she was signing, she was told that her MCO would be paying the costs, not her. The “Anticipated Payor” section indicated that an insurer would be paying. The “Private Payment” section (including costs per day) was left blank. The resident alleged that she was never informed of the rates or charges. It was claimed that the facility’s representatives engaged in wrongful conduct and misrepresentation concerning the execution of the agreement. See, Nerey v. Greenpoint Mortgage Funding, Inc., 144 AD3d 646 (2d Dept. 2016).

Quality of Life: The right to adequate and appropriate care

The regulations emphasize that a resident has the right to receive from the facility “the necessary care and services to attain or maintain the highest practicable physical, mental, and psychosocial well-being, consistent with the resident’s comprehensive assessment and plan of care.” 42 CFR §483.24.

The resident alleged she received inadequate care at the facility, including that she had to wait many hours for the bedpan to be changed; lack of bathing; unavailability of staff when needed and for necessary help and activities. In light of the vigorous defense advocated by Your Court Street Lawyer, the facility agreed to significantly reduce the bill for rehabilitation services and settle the case with the former resident on very favorable terms.