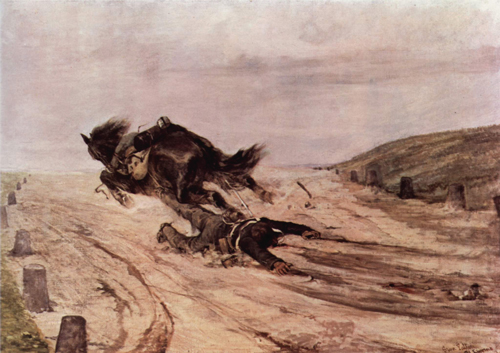 Force ‘Em to Sell!
The Right to Specific Performance

Sometimes, however, the seller fails or refuses to comply with the Contract of Sale and sell the property to the buyer. In that circumstance, the legal ramifications of the Contract of Sale come into play. This was the situation in a recent case litigated by Richard A. Klass, Your Court Street Lawyer, and decided in the Supreme Court of the State of New York, County of Nassau last month.

In Korzeniewski v. Estate of Poswolsky, the plaintiff wanted to buy a house in Long Beach, New York. Through a local real estate broker, he found a nice house owned by an 86-year old man looking to sell his house so he could downsize to an apartment. The Contract of Sale was signed, with a sale price of $465,000, in October 2003. Each side had been represented by counsel.

In November 2003, the owner/seller entered into the Nassau University Medical Center complaining of pains, and a pacemaker was installed. The medical records of the hospital had notations that the seller was sometimes disoriented and suffering from dementia. In December 2003, after voluntarily checking himself out of the hospital three weeks earlier, the owner died.

After the owner’s death, his son was appointed the executor of his estate by the Surrogate’s Court. The son/executor informed the buyer that he believed that the real estate broker took advantage of his father, and that the house was really worth more than $200,000 above the original $465,000 sale price. Accordingly, the son disavowed the Contract of Sale, indicating that he would only sell the property to this buyer if he paid the additional moneys.

One of the tenets of contract law is that real estate is considered a “unique” property – one which cannot be substituted with another. That is, just like a snowflake, one piece of property is not the same as any other. Since the house is unique, and no monetary award for breaching of the contract would satisfy the buyer, the buyer brought an action for specific performance against the son/executor. The substance of the action was the request for the judge to direct the executor to “specifically” perform the contract and transfer the Deed to the property for the original sale price.

Lack of evidentiary proof of dementia

At the conclusion of discovery in the case, including the taking of depositions of the parties and the attorney for the owner/decedent (who happened to be a distant cousin of the owner), a motion was brought for summary judgment in favor of the buyer, awarding him specific performance of the contract. Attached as part of the proof in support of the motion was the petition filed by the executor with the Surrogate’s Court, in which he indicated that the value of the house was $500,000 at the time of death (less than 10% more than the sale price negotiated four months earlier).

In response, the executor put forth two proofs that his father was suffering from dementia and, therefore, lacked the mental capacity to sign the Contract of Sale, namely: (a) the medical records from Nassau University Medical Center (where the notations of dementia appeared in the records); and (b) the affidavit of a neurologist who neither examined the decedent nor consulted with any of his personal physicians, but relied solely upon the medical records which post-dated the signing of the Contract of Sale.

No need for a trial – just make the seller perform the real estate contract:

In granting summary judgment to buyer (which meant that the judge did not believe that there existed any factual issues to be decided by trial), the judge enforced the terms of the Contract of Sale to make the executor “specifically” perform the contract and sell the property for the original sale price. Relying upon case law, the judge found that the buyer proved that he “substantially performed [his] contractual obligations and was willing and able to perform the remaining obligations, that defendant was able to convey the property, and there was no adequate remedy at law.”

In disregarding the executor’s proofs, the judge found that he did not meet his burden of proving that the decedent was incompetent (in order to refute the presumption that people are considered mental competent and capable of making a contract). According to well settled law from the NYS Court of Appeals (Ortelere v. Teachers’ Retirement Board), the focus of the inquiry is whether the person’s mind was so affected as to render him wholly incompetent to comprehend and understand the nature of the transaction at issue. In this case, the executor did not offer any proof that his father was so affected by dementia that he was unable to enter into the Contract of Sale. Further, there was no proof that he was forced or coerced into signing the contract.