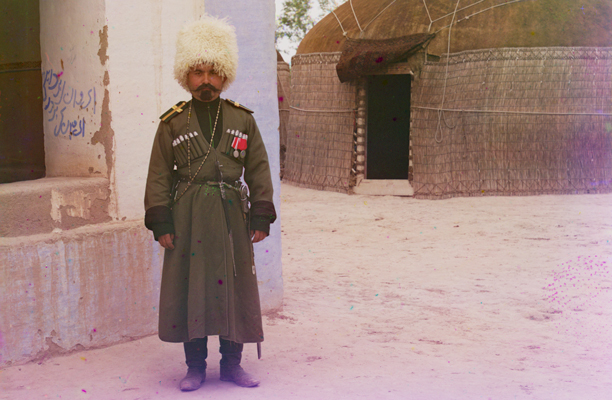 Don’t Give Me a Black Russian!

In 2006, the executor of the estate of a woman who owned a cooperative apartment in Brooklyn attempted to sell the apartment. She first made a contract with a black woman who had two children to sell the apartment for $160,000. The contract of sale provided (as almost all do in cooperative apartment sales) that the buyer had to apply to the coop board for approval of the sale. She applied to the coop board for approval; then, dissention came about between the resident board members and the sponsor-management company. Despite supposedly being “approved” by the residents on the board, the management company claimed that the board was not legally constituted; accordingly, no closing of title would be scheduled.

The buyer elected to file a complaint with the New York State Division of Human Rights, charging that the coop engaged in discriminatory housing practices against her based upon her race. The NYS Division of Human Rights made a determination after investigation that there was “probable cause” to believe that the respondents engaged in discriminatory practices.

The executor then attempted to sell the apartment to another person, a young Russian woman whom the board declined to even interview. It started to appear to the executor that a cooperative apartment owner’s fear of having every potential buyer denied, like a revolving door, was happening here.

Faced with the possibility of the estate being left with a “ dead asset ”—an apartment that cannot be disposed of by the estate and continues to incur monthly maintenance charges, the estate turned to Richard A. Klass, Your Court Street Lawyer, for legal assistance to sue the coop board for breach of fiduciary duty, breach of the proprietary lease and housing discrimination.

According to New York State law, the directors of a corporation owe its shareholders a fiduciary duty. The fiduciary duty of a director of a corporation consists of the obligation to perform his duties in good faith, without discriminatory practice, and with the degree of care which an ordinary prudent person in a like position would use under similar circumstances. See, Bernheim v. 136 East 64th Street Corp., 128 AD2d 434 [1 Dept. 1987]. In the Complaint against the coop, it was alleged that the coop board breached its fiduciary duty to the estate as the owner of shares of stock in the corporation and the proprietary lease to the apartment.In a similar case, in which the owner of a cooperative unit sued the board members for rejecting applicants for various reasons, including discriminatory ones, the court noted that the general deference granted to decisions of a cooperative corporation’s board of directors is not unlimited. If those board members act in a manner which is contrary to their duty to act fairly and impartially, courts may review claims of misconduct. Further, upon review, those claims of misconduct may prove actionable against the board members. See, Axelrod v. 400 Owners Corp., 189 Misc.2d 461 [Sup.Ct., NY Co. 2001].

The Estate was “ Personally Affected ” by Discrimination

Both New York Executive Law Section 296 and New York City Administrative Code Section 8-107 provide that it is an unlawful discriminatory practice for a cooperative housing corporation to discriminate against an applicant based upon his age, race, familial status or religion. Those statutes also provide that it is an unlawful discriminatory practice for any person to aid, abet, incite, or compel the doing of any acts forbidden under those statutes. In Dunn v. Fishbein, 123 AD2d 659 [2 Dept. 1986], the court permitted a Caucasian person to maintain a claim that he was denied an apartment because his roommate was African-American. As was held in Axelrod v. 400 Owners Corp., 189 Misc.2d 461 [Sup.Ct., NY Co. 2001], if the plaintiff can show that she was adversely affected by reason of discrimination perpetrated against the prospective purchasers, she has a cognizable claim for discrimination. The Complaint alleged that the estate was personally affected by the unlawful discriminatory practices of the coop board and coop corporation.

Generally, a tenant may be subject to eviction because of a substantial violation of the terms of the tenancy. In this situation, the reverse had occurred—the Complaint claimed that the defendants have committed a substantial violation of the estate’s tenancy. It is axiomatic that in every cooperative corporation, the right to sell a cooperator’s apartment is a valuable right, which ought not be irrationally or arbitrarily taken away. It is safe to say that the whim and caprice of coop boards is one of the prime reasons that people prefer to buy condominiums.

In upholding the estate’s Complaint, the judge held that the estate had stated “cognizable causes of action.” Estate of Cameron v. United Management, Sup. Ct., Kings Co. Index No. 2671/2008.

During the pendency of the litigation, the estate found another buyer for the apartment, albeit at a lower price than originally negotiated with the first buyer. The estate, coop board, and management company settled the litigation—the estate sold the apartment for $139,000 and the defendants paid $35,000 to the estate.

©2009 Richard A. Klass. Art credits: page one, Man in uniform beside building, yurt in background (1905-1915). Photographer: Prokudin-Gorskii, Sergei Mikhailovich, 1863-1944. Digital color composite made for the Library of Congress by Blaise Agüera y Arcas, 2004.