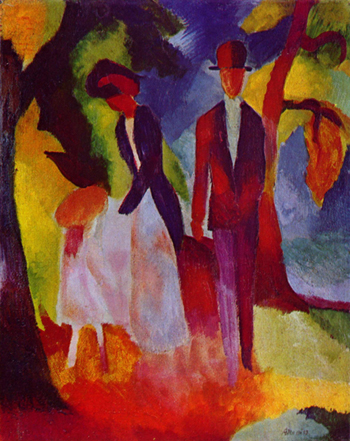 A couple was married and had two children. The husband was one of the children of the woman who set up the trust. They got divorced and the two children lived with the wife. As part of the Judgment of Divorce, the husband was ordered to pay child support and yeshiva tuition for the couple’s daughter. The husband failed to pay the court-ordered amounts. The judge granted money judgments against the husband to pay child support arrears, tuition and legal fees. Enforcement of the money judgments proved fruitless. The wife brought proceedings to punish the husband for contempt of court. The judge found that the husband was guilty of contempt of court and even granted an Order of Contempt, allowing for the husband’s arrest for not paying child support. The husband and his assets could not be located – the typical case of a “deadbeat parent.”

Unfortunately, the wife was, perhaps, more down and out than most people. She was ill and unable to work; not eligible for social security disability income; and living off of her adult son’s meager income and public assistance through food stamps. Her daughter was going to be expelled from school for nonpayment of three years’ worth of tuition. That’s when the wife’s divorce lawyer referred her to Richard A. Klass, Your Court Street Lawyer, for help.

Looking at invading the Children’s Trust

Generally, a trust can be made invincible – no one can gain access to the moneys or property contained in it, not even the beneficiary. The “settlor” (the one who sets up the trust and funds it) appoints a trustee who will carry out her wishes and follows the directions contained in the trust document.

In this particular trust, the beneficiaries were listed as “the Child and the Child’s issue.” Clearly, the Children’s Trust envisioned the trustees giving money not only to the “deadbeat parent” but also to his children, including the daughter who was about to be kicked out of school.

An Order to Show Cause was brought in New York State Supreme Court to (a) have the trustees pay the child support arrears and yeshiva tuition owed by the husband; (b) restrain the trustees from paying any money out of the trust to the “deadbeat” parent; and (c) sequester, or set aside, enough money from the trust to pay future child support until the daughter’s age of majority.

The issue of “busting” a trust set up by a grandparent for the benefit of a grandchild was brought up in a case over 40 years ago, in a case of first impression, before the beneficent Surrogate of Kings County, Judge Nathan Sobel. In Matter of Chusid, Judge Sobel first stated the general proposition that a testator may dispose of his own property as he pleases. Among other things, a testator may create a trust for the benefit of an infant or improvident person, so that the beneficiary does not squander the money. However, Surrogate Sobel stated the oft-cited principle which applied to this situation (and, unfortunately, to so many others): “No man should be permitted to live at the same time in luxury and in debt.”

While recognizing that the general purpose of a discretionary trust is to protect the trustee from unreasonable demands of a beneficiary or from creditors’ claims, it does not insulate or protect the trustee from responsibility to and reasonable directions from a court. Further, as stated in the Chusid opinion, this “is particularly true where the income beneficiaries are dependent children who will either starve or become public charges if the trustees refuse to exercise discretion in their favor.” Judge Sobel then held that the trustee’s discretion yields to and is subordinate to the equity powers of the court to direct payment for the support of minor dependent children.