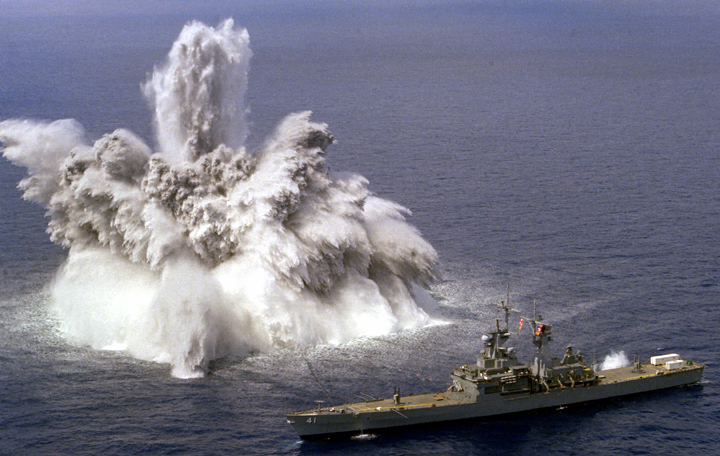 Blown out of the water!
Employment Agreement held too Restrictive.

She was hired as a salesperson for a company that sold water purification systems. The company also installed and maintained those systems (known as “reverse osmosis” or “RO” systems). The company had a policy that all salespeople had to sign its Independent Business Owner contract, which laid out the retention terms including the salesperson’s right to sales commissions and restrictive covenants (or promises) in favor of the company.

The contract stated several restrictive covenants to be agreed upon by the salesperson, including: (1) not to use or disclose any commercial information received from the company; (2) not to act in any way that could be harmful to the company’s goodwill; and (3) for a period of two years following termination, not to engage in the production, distribution, sale or advertisement of products similar to those produced and distributed by the company (“i.e. water purification and filtration systems and equipment”). The contract also stated that, in the event of any breach by the salesperson, the company could pursue both monetary damages against the salesperson and injunctive relief to restrain the person from the forbidden conduct.

The salesperson left the company to start a different company that sold water “ionizers.” As described by industry experts, a water ionizer allows water (whether purified or not) in a home to flow through its system, ionizing the water as it passes through to make it more alkaline, to produce ionized anti-oxidant water (ionized water is touted as having certain health benefits.) Indeed, it was explained that a water ionizer is not sold as an alternative to a water purifier but rather as an adjunct to the RO systems sold by the company and other similar systems. Once she started the new business, the water purification company sued her, claiming that she violated the restrictive covenants in the contract.

It is the common practice of many businesses that use employment contracts to include “restrictive covenants” in those contracts. “Restrictions” placed upon a prospective employee or independent contractor may include not soliciting customers of the business (non-solicitation); not revealing trade secrets or methods developed by the business (confidentiality provisions); not hiring away other employees to competitors (non-poaching); and not dealing in the same industry or geographic area (non-competition). Restrictive covenants not to compete “are justified by the employer’s need to protect itself from unfair competition by former employees.” Scott, Stackrow & Co. CPA’s PC v. Skavina, 9 AD3d 805 [3 Dept. 2004] lv. denied 3 NY3d 612 [2004].

Restriction must be “Reasonable”

Courts recognize that there is a balance between a business’ right to protect itself from unfair competition and an employee’s right to earning a living after leaving the business. To effectively completely box a person out of an entire industry may or may not be justified depending upon whether the restriction imposed is “reasonable.” Reed, Roberts Associates Inc. v. Strauman, 40 NY2d 303 [1976]. In BDO Seidman v. Hirshberg, 93 NY2d 382 [1999], the New York State Court of Appeals, in providing guidance as to what constitutes a reasonable restrictive covenant, held that the modern prevailing common-law standard of reasonableness for employee agreements not to compete applies a three-pronged test. A restraint is reasonable only if it:

Covenants were too “restrictive”

To defend the lawsuit, the salesperson retained Richard A. Klass, Esq., Your Court Street Lawyer, who presented several defenses, including that the (a) contract did not contain any geographic limitations (it could have been interpreted as including the entire world); (b) restriction in the contract only applied to competitors who sold systems similar to the company’s (and water ionizers are inherently different from RO systems); and (c) skills of a salesperson are not so “unique” that she should be prevented from working in any way in the entire water industry.

In granting summary judgment dismissing the entire case, the court held that the contract was unenforceable. The judge found that the salesperson was not engaged in the sale or production of products similar to those stated in the contract (“water purification and filtration systems and equipment”); specifically, the judge held that a restrictive covenant against competition must be strictly construed and should not be extended beyond the literal meaning of its terms (citing to Elite Promotional Mktg. v. Stumacher, 8 AD3d 525 [2 Dept. 2004]. In general, whenever there is an ambiguity in a contract, its meaning will be resolved against its drafter. Battenkill Veterinary Equine PC v. Cangelosi, 1 AD3d 856 [3 Dept. 2004].

Importantly, the court held that the fact that the contract lacked any geographic limitation doomed its enforcement. The court declined to partially enforce the contract in favor of the company pursuant to the “blue pencil” rule, where a court can strike out the unenforceable parts of a contract and enforce the remainder. (Partial enforcement may be justified when an employer proves the absence of overreaching, coercive use of its dominant bargaining power or other anticompetitive misconduct. Brown & Brown Inc. v. Johnson, 25 NY3d 364 [2015].) Ultimately, the court decision dismissing the case validated the salesperson’s basic argument that enforcement of an unreasonable, onerous restrictive covenant would have imposed a severe hardship on her, basically denying her of the right to earn a living in the entire water industry.