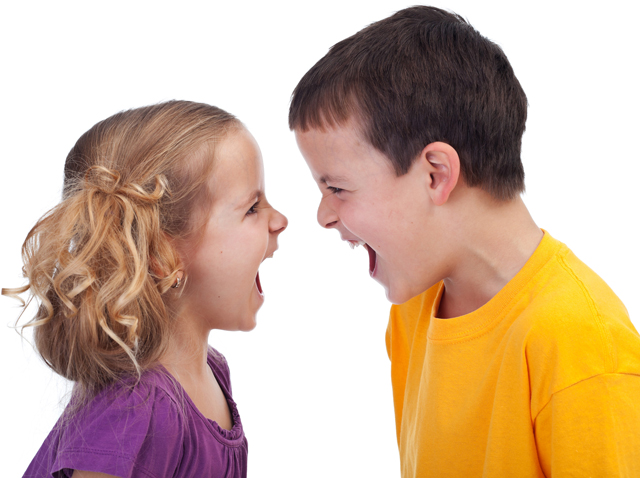 All in the Family

Their mother owned several valuable properties. While she was alive, the mother did some estate planning to minimize potential estate taxes. As part of her estate plan, she transferred the properties into limited partnerships, keeping for herself a life estate (the right to retain some ownership until her death).

Every year, she transferred certain percentages of each limited partnership to each of her children, of which there were five — two brothers and three sisters. As part of her estate plan, the mother set up a separate company to manage the limited partnerships’ real estate, appointing herself and one of her sons to be the two managers of the company. She also made a Will which directed that her children equally share in the proceeds of the sale of her real estate interests after her demise.
After her death, the son whom she had appointed manager was now in charge of managing the limited partnerships’ real estate. He found buyers and sold two of the properties held by the limited partnerships. After the sales, the son/manager sent each of his siblings a letter stating how much each property sold for and the amount of the net proceeds from the closings. After meetings and conversations among the siblings about their mother’s estate and the son/manager’s sale of the properties, a couple of the sisters accused the son/manager and his brother of committing fraudulent acts. Specifically, they accused the brothers of selling the properties at below-market prices to entities owned by the brothers, without any prior notice to the sisters, in order to develop the properties.

Faced with the threat of litigation, and on advice of estate counsel, the son/manager sent each of his siblings a letter offering to distribute to each sibling his/her share of the proceeds of the property sales from the limited partnerships provided each sibling signed a Receipt and Release Agreement, which would release the son/manager from any potential claims. The sisters refused to sign the Receipt and Release Agreement, claiming that its terms were unconscionable and oppressive.

Through counsel, the sisters then requested copies of certain documents from their brother’s attorney. The son/manager’s attorney provided documentation of the property sales. Despite providing the requested documents, two of the sisters commenced a lawsuit against the two brothers alleging, among other things, that the brothers failed to provide all documents related to the sales of the properties and, also, that the brothers breached their fiduciary duties.

Commingling of Individual and Derivative Claims

In the first lawsuit, the sisters sued in their own individual capacities and not on behalf of the limited partnerships. In dismissing the case, the judge held that the sisters were required to sue on behalf of the limited partnerships, as their claims were derivative claims. “Derivative claims” are those brought by a member of an entity, on its behalf, against another person.

After the first case was dismissed, one of the sisters brought a new case suing both on her behalf and on behalf of the limited partnerships. The case against the two brothers asked for essentially the same relief as in the first case. The brothers retained Richard A. Klass, Esq., Your Court Street Lawyer, who argued that the new case should be dismissed because the complaint failed to distinguish between the sister’s individual claims and the derivative claims. The reasoning for requesting dismissal was that commingling (or mixing) the claims together would confuse who is entitled to which relief. See, Wallace v. Perret, 28 Misc.3d 1023; Pomerance v. McGrath, 2011 NY Slip Op. 34060(U). New York Partnership Law §121-1002 provides that a limited partner may bring a derivative claim to address harm to the limited partnership.

Dissolution of the Limited Partnerships not Directed

In response, Your Court Street Lawyer pointed out that the operating agreements for the limited partnerships provide for certain specific events which would trigger their dissolution, mainly (a) an act or omission by a partner under New York’s Partnership law; (b) agreement of all of the partners; or (c) January 1, 2050. Since none of these events occurred as of yet, it was urged by the brothers, there was no cause of action for dissolution. The son/manager argued that it was within his right as the manager/general partner to elect to retain the net proceeds unless and until the release is provided; the limited partnerships’ moneys needed to be preserved to defend the lawsuits filed by the sister.

No Proof Submitted in Opposition to Summary Judgment

In response to the sister’s motion to dissolve the limited partnerships, the brothers brought their own motion seeking summary judgment, in order to dismiss the sister’s case entirely. They submitted affidavits in support of the motion, claiming that their sister had no case against them. The brothers claimed that they were innocent of any wrongdoings.

In opposition to the motion for summary judgment, the sister’s attorney provided his affirmation with nothing more; there was no affidavit from the sister or any documentary evidence in opposition to the motion. The judge pointed out to the sister’s attorney that he could have provided an appraisal of the fair market value of the two properties to show that they were sold below-market. But, she hadn’t. The judge held that failure to provide any meaningful opposition was fatal to her case. The judge dismissed the case.

Marketing by The Innovation Works, Inc.

Image on page one: Photo credit: © Can Stock Photo / ilona75