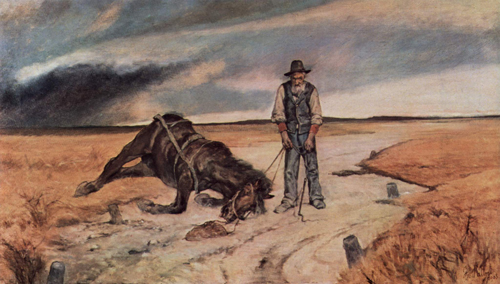 Getting it Done: The Importance of Entering Timely Defaults

In 2004, a guy went out for a night of drinkin’ on the town. On the way home, he stopped in to one last bar to drink. At the bar, in a very drunk condition, he hit on a woman. After leaving the bar to go home, he saw standing by a nearby building a woman who he thought was the same one as the one in the bar. When the guy saw the woman on the street, thinking it was the one he saw in the bar, he grabbed and touched her. Unfortunately, it turned out that she was not the same woman—and she pressed charges of assault.

Naturally, the woman claiming assault not only sought criminal charges but also brought a civil action to recover damages from the guy. She brought the law suit against him through her lawyer in 2004. The defendant failed to answer the complaint after being served; however, her lawyer did not ask the judge to enter a default against the guy until 2006 – two years later. In support of the request for the default judgment, the lawyer stated that the woman had left New York to return to her native country because she was emotionally distraught over the assault and did not return until 2006. The judge granted a default judgment for the woman’s pain and suffering for $1,000,000.

Default not entered within one year: If the plaintiff fails to take proceedings for the entry of judgment within one year after the default, the court shall not enter judgment but shall dismiss the complaint as abandoned, without costs, upon its own initiative or on motion, unless sufficient cause is shown why the complaint should not be dismissed. A motion by the defendant under this subdivision does not constitute an appearance in the action.

According to the above subsection, the court should have dismissed the complaint as abandoned, based upon the woman’s failure to take proceedings for the entry of default within one year. Numerous cases have held that dismissal of the complaint is required when there has been a failure to take timely proceedings for entry of default. See, Saunders v. Central Brooklyn Coordinating Council, Inc., 273 AD2d 294 (2d Dept. 2000); PM-OK Associates v. Britz, 256 AD2d 151 (1st Dept. 1998).

Plaintiff must show a justifiable excuse

The Second Department held, in Winkelman v. H&S Beer and Soda Discounts Inc., 91 AD2d 660 (1982), that, absent a justifiable excuse and a showing that the action is meritorious, the plaintiff’s failure to enter a default judgment against the defendant within one year of the latter’s default mandates dismissal of the action against defendant as abandoned. In the affirmation of the woman’s attorney, he stated:

“That shortly after the Summons and Complaint was served, the Plaintiff, suffering from emotional stress and trauma based on the underlying assault and battery complained in this action, left the United States for her home country of Spain, as Defendant resided in the same neighborhood as Plaintiff, and Plaintiff, in fear of her safety and mental well-being, withdrew from the country.”

In Herzbrun v. Levine, 23 AD2d 744 (1st Dept. 1965), the Court held that the plaintiff’s excuse that she was forced to move to West Germany shortly after the action was commenced was not sufficient cause to excuse the failure to comply with the provisions of CPLR 3215. In Sortino v. Fisher, 20 AD2d 25, 30 (1st Dept. 1963), the court stated that “[T[he duty of prosecuting …. (an) action rests upon the (person) who brings it, not the (party) who defends it.” In that case, the court stated that “there is an intimate relationship between the merit of an action and the fact that it has been neglected.” This is the reason why an affidavit is needed because it must be “as good as the kind of affidavit which could defeat a motion for summary judgment on the ground that there is no issue of fact.” As Justice Breitel wrote in the decision: “Given the delay, he has a double burden; to justify the delay and to lend credit to the proferred justification by establishing merit.” Further, “Even an action of great merit may be forfeited by prolonged delay. It is the right of a defendant to be free of a case which is not diligently prosecuted. For obvious reasons, it is very rare and quite perverse that an action of merit is not diligently prosecuted.”

Richard A. Klass, Your Court Street Lawyer, brought a motion, termed an “Order to Show Cause,” to vacate the default judgment and dismiss the action. The motion stated that the excuse of the plaintiff for not entering the default within one year (that the woman suffered from emotional stress) had absolutely nothing to do with the requirement that her attorney should have moved for the default within one year since he proceeded on the Verified (or sworn) Complaint of his client and did not need any further sworn affidavits from her to obtain the default judgment.

In response to the Order to Show Cause, the plaintiff capitulated and agreed to settle the ‘Million Dollar’ case for a mere $7,500 to avoid further litigation!