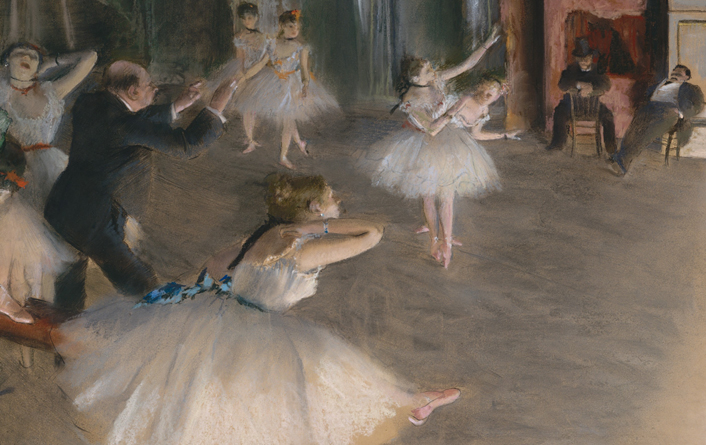 Mel Brooks’ movie and musical opens in a new windowThe Producers may have been a fictional story of fraudsters selling more shares in the production of their Broadway show “Springtime for Hitler” than actually existed, but such fraudsters exist in real life, overselling available interests not only in Broadway productions, but in every type of investment, including real estate.

In this modern day The Producers story, a particular real estate broker (we’ll give him the name “Bob”) had a plan. The idea behind this particular investment was simple: purchase a house in opens in a new windowPassaic, New Jersey; fix it up; and then resell it for a profit—the classic opens in a new windowreal estate “flip.” This broker solicited a number of investors. Each investor would purchase a membership interest in a limited liability company [LLC]. With the funds provided by the members, the LLC would buy the house. A contractor-partner would be hired to renovate the house. Each investor was promised a certain percentage of the net proceeds from the ultimate sale of the house. Unfortunately, the real estate market tanked, construction costs soared and the investment became a huge loss before construction was ever completed.

One of the investors (we’ll call him “John”) brought a lawsuit in the opens in a new windowSuperior Court in New Jersey for breach of contract, misappropriation of funds, and fraud. In that case, the judge appointed a special fiscal agent (similar to a court-appointed receiver) to manage the operations of the house, list the house for sale, and take all steps necessary to sell the house and distribute the net proceeds to the LLC’s investors.

Bob filed for personal bankruptcy in the New Jersey Bankruptcy Court to avoid his liability to the investors. John filed a lawsuit (known as an opens in a new windowadversary proceeding) against Bob in the New Jersey bankruptcy case to have Bob’s liability in this house-investment-gone-wrong declared “nondischargeable.” (The adversary proceeding here was a mini-lawsuit inside of the bankruptcy case, intended to have the effect that Bob would remain liable to John for the collapse of the real estate deal.) In the adversary proceeding, John alleged that Bob brought too many investors into the deal without telling the other investors. A settlement was reached between John and Bob in the “adversary proceeding” and John negotiated with the bankruptcy trustee to purchase the house directly from the trustee to recoup some of his (John’s) losses.

Another investor (we’ll call her “Sally”) who lost money in the same Passaic real estate deal then sued John (now the owner of the Passaic real estate) in New York City’s Civil Court, claiming that John defrauded Sally by not including her in the buy-out of the house. This is when John sought help from Richard A. Klass, Your Court Street Lawyer. The aim was to have Sally’s lawsuit, brought in New York, dismissed.

Lack of jurisdiction in the New York Civil Court

There is a basic concept involving any court system that a particular court maintains the authority (“jurisdiction”) to make decisions and orders over a particular controversy.

According to New York’s Civil Practice Law and Rules [CPLR] Section 302, New York State courts may exercise jurisdiction over nonresidents under certain circumstances, when the defendant:

1. Transacts any business within the state or contracts anywhere to supply goods or services in the state; or

2. Commits a tortious act within the state, except as to a cause of action for defamation of character arising from the act; or

3. Commits a tortious act without the state causing injury to person or property within the state.

There is a separate rule as to when opens in a new windowNew York City’s Civil Court may exercise jurisdiction over cases because it is considered a court of “limited” jurisdiction (See Civil Court Act Section 202).

In asking the judge to dismiss the New York Civil Court case, Richard A. Klass argued that any action that could be brought by Sally must be brought in the State of New Jersey, and not in New York. The project-house was located in New Jersey; the LLC was a New Jersey entity; both the New Jersey Superior Court and New Jersey Bankruptcy Court had pending cases involving the house and the LLC; and all of the events transpired in New Jersey. It was urged that New York was the wrong forum for Sally to bring this dispute, citing to Epstein v. Sirivejkul, 48 NY2d 728 [1979]; Irrigation and Industrial Development Corp. v. Indag S.A., 37 NY2d 522 [1975].

The Civil Court judge agreed with the arguments of Richard A. Klass and determined that the New York Civil Court lacked jurisdiction over the case. The judge specifically found that the transaction in dispute occurred in New Jersey and the plaintiff presented no allegations that there was tortious conduct within New York State; also, the fact that there were existing proceedings in New Jersey courts confirmed the conclusion that New Jersey was the proper forum for any dispute. The court then dismissed the plaintiff’s case.