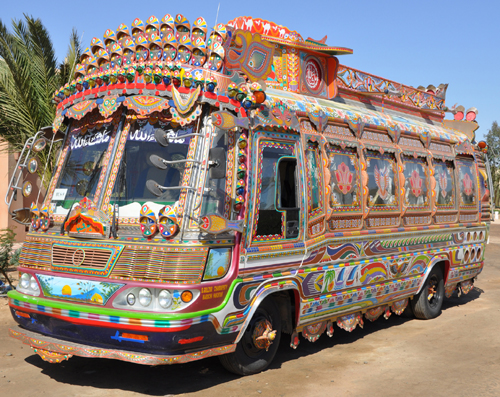 The cabbie’s nightmare began with courtesy and continued with insult and injury.

It began as just another busy day in the life of a New York livery cab driver: picking up and dropping off passengers. On this particular day, the cabbie had pulled to the curb just past a bus stop in Manhattan to let out a passenger. He then stepped out of the car to open the passenger’s door. Perhaps he thought a little extra courtesy might result in a bigger tip but, no matter the reason, in this case, it cost him dearly.

The next moment, a opens in a new windowNew York City Transit Authority (NYCTA) bus, while running its regular route, pulled behind the livery cab at the bus stop. The bus driver opened his door and shouted at the driver, “You idiot, what are you doing in the bus stop!” The cabbie calmly apologized and said he’d move his car. However, without waiting for that to happen, the bus driver drove the bus close to the cabbie, requiring him to close his passenger door slightly so as to avoid his car door being damaged by the bus. The bus driver then accelerated the bus and drove closer, striking the cabbie, and causing him severe personal injuries.

The injured driver hired a law firm to bring a personal injury claim. That law firm brought a case against the NYCTA, seemingly the owner and operator of the bus. Unfortunately, the law firm did not learn that the bus operator could only have been an employee of a separate public authority known as the opens in a new windowManhattan and Bronx Surface Transit Operating Authority (MABSTOA) until long past the statute of limitations period in which to make a claim. Only at the deposition of the bus depot dispatcher, held more than two years after the incident, did the law firm learn from the witness that the bus operators for that bus route were all MABSTOA employees and not NYCTA employees (and only because all bus operators listed on the “crew report” had the designation “M” for MABSTOA).

The case against the NYCTA went to trial and the jury rendered a verdict in favor of the NYCTA and dismissed the claims of the livery cab driver. The cab driver then retained Richard A. Klass,Your Court Street Lawyer to make a claim against the personal injury law firm for legal malpractice.

Time-barred by the Statute of Limitations

The concept of a “Statute of Limitations” is that people are afforded a certain amount of time to take action concerning a legal claim they may have; if that period of time passes without taking action, then the ability to pursue the legal claim has been waived. Most people are familiar, for instance, that in New York State the statute of limitations period within which to file most personal injury cases is three years from the date of accident. In this particular case, though, a notice of claim had to be served upon MABSTOA within 90 days of the incident under certain rules contained in the Public Authorities Law and General Municipal Law Section 50-e; then, an action had to be commenced in 1 year and 90 days after the incident.

Confusion between the MTA, NYCTA and MABSTOA

Within the “alphabet soup” letters of all of these different municipal authorities lays a trap to catch the unwary. According to the statutory scheme laid out in the Public Authorities Law Section 1260 et. seq., the Metropolitan Transportation Authority (MTA) is a public benefit corporation which was created to oversee the mass transportation systems of New York City, and which functions as an umbrella organization for various other independent but affiliated agencies. See, In re New York Public Interest Research Group Straphangers Campaign, Inc., 309 AD2d 127 [1 Dept. 2003]. However, aside from the MTA’s overall organization, the MTA and each of its subsidiaries (which include NYCTA and MABSTOA) must be separately sued and are not responsible for each other’s torts. See, Mayayev v. Metropolitan Transportation Authority Bus, 74 AD3d 910 [2 Dept. 2010]. As provided for in Public Authorities Law Section 1203-a, MABSTOA is a subsidiary, public benefit corporation.

In Nowinski v. City of New York, 189 AD2d 674 [1 Dept. 1993], the plaintiff sued MABSTOA for personal injuries sustained at a location for which the NYCTA maintained responsibility. The plaintiff sought to serve a late notice of claim and both MASTOA and NYCTA moved to dismiss the action. The court held that the injured person was time-barred from serving the late notice of claim, given that the statute of limitations had already long expired. (See, generally, opens in a new windowPublic Authorities Law Section 1276).

No claim for being “lulled” into a false sense of security

To the extent that the law firm could have claimed in its defense that it could not have known of the relationship between the MABSTOA, MTA, NYCTA and the relevant bus operators identified in the crew report, the court in Delacruz v. Metropolitan Transportation Authority, 45 AD3d 482 [1 Dept. 2007], held that the injured plaintiff could not claim that, by the actions of the MTA, he was “lulled into a false sense of security” that his lawyer sued the right public authority. The court specifically held the doctrine of “equitable estoppel” applies only when a governmental subdivision acts wrongfully or negligently inducing reliance by a party who is entitled to rely and who changes his position to his detriment or prejudice. There was no evidence here of any wrongful conduct by the NYCTA; it did not hide the information about MABSTOA or mislead the injured driver’s lawyer.

The legal malpractice claim was settled for $300,000 to pay for the livery cab driver’s injuries and medical lien. This case only emphasizes the point of how important it is for a lawyer to identify the proper legal entities to be sued on behalf of a client.