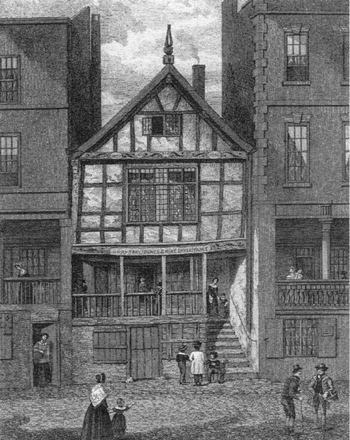 In Borough Park, there lived an elderly couple in a house (the Kimmels). Their neighbor (Twersky) was interested in renting the first floor apartment for her son and his family. At the time that she rented the apartment, it was in poor shape and in very poor condition; indeed, the entire house needed extensive renovations. In 1995, Twersky and the Kimmels entered into a lease agreement to rent the first floor apartment.

The lease agreement provided that the monthly rental amount was to be $800, and the lease term was for 25 years. As indicated in the lease agreement, throughout this time, the rental amount would not increase. Unstated in the lease agreement, however, but alleged by Twersky as a material aspect of the 25-year term at a low fixed rent was the fact that she needed to invest over $100,000 into the extensive renovation of the house, including a complete gut renovation of the first floor apartment. Separate from the lease agreement, Twersky entered into an Option to Purchase Agreement with the Kimmels, which would allow Twersky to purchase the entire house for $325,000 less rent paid until exercise of the option but in no event less than $300,000 (which option agreement was held unenforceable by the court).

The matter wound up in litigation after the elderly couple passed away and the executor of the surviving spouse’s estate (Kazaks) brought a “holdover” proceeding in Housing Court to evict Twersky from the apartment. Twersky then filed an action in the Supreme Court seeking an injunction to prevent Kazaks from evicting her family. Twersky relied upon both the option and lease agreements in her Complaint. Kazaks, for her part, claimed that (a) the 25-year lease was unenforceable as a matter of law; and (b) the purchase option agreement was unenforceable because not all of the heirs at law of original owners of the house signed it but just the Kimmels (who owned a portion of the house). She put forth two arguments concerning the lease: that, by law, a lease of 25 years with no rent increases throughout the term was unconscionable; and that the elderly couple suffered from various ailments and diseases during and after the time of lease execution.

In making his decision, the trial judge (Justice Knipel) properly found that the lease agreement between Twersky and the Kimmels was valid and enforceable. The arguments by the executor that the lease agreement was unconscionable and should not be enforced pursuant to Real Property Law Section 235-c was determined to be without merit, and not supported by the evidence presented at trial. As Justice Knipel observed, the executor was “doubtless correct that a residential lease for a 25-year term is unusual, especially where, as here, no increases were provided for the entire term.”

2. When it is claimed or appears to the court that a lease or any clause thereof may be unconscionable the parties shall be afforded a reasonable opportunity to present evidence as to its setting, purpose and effect to aid the court in making the determination.

In Gillman v. Chase Manhattan Bank, N.A., 73 NY2d 1, 10 [1988], the NYS Court of Appeals (New York’s highest court) held, “An unconscionable contract has been defined as one which ‘is so grossly unreasonable or unconscionable in the light of the mores and business practices of the time and place as to be unenforceable according to its literal terms (See 1 Corbin on Contracts, Section 128, p. 400.).’” As further enunciated by the Court, a determination of unconscionability generally requires a showing that the subject contract was both (a) procedurally and (b) substantively unconscionable when made, i.e., “some showing of an ‘absence of meaningful choice on the part of one of the parties together with contract terms which are unreasonably favorable to the other party.’” Gillman, supra at p. 10.

At trial, Kazaks had not proven that the lease agreement was either procedurally or substantively unconscionable, by the standards set forth by the NYS Court of Appeals. There was no proof adduced at trial that there was an absence of meaningful choice or that the terms of the agreement were unreasonably unfavorable. On the contrary, all of the witnesses testified that the Kimmels were competent to act in their own affairs, and that the lease agreement was negotiated (including the 25-year term contained therein). Accordingly, Justice Knipel held “the court concludes that the lease is valid on its face and is enforceable.”

Richard A. Klass, Your Court Street Lawyer, was retained by Twersky to defend the appeal brought by Kazaks. By the decision of the Appellate Division, Second Department, Twersky v. Kazaks, 868 NYS2d 912 [12/16/08], the appellate court ruled that the executor could not prove that the estate was an “aggrieved” party because the two causes of action in the original action were dismissed. Accordingly, the Appellate Division dismissed the appeal of Kazaks. Further, the Court affirmed (upheld) the decision after trial by Justice Knipel.

By affirming the decision of Justice Knipel, the Appellate Division held that the 25-year lease at a fixed rent of $800 will remain in effect, and that Twersky may enforce the same in any future Housing Court proceedings between the parties.

The economic downturn has created situations where many clients may need Emergency and Expedited Legal Services.

If you, a friend or a family member has a legal emergency and time is of the essence, call immediately.
I will answer your questions and provide an initial consultation AT NO CHARGE. If you, or someone you know, is facing any of the following situations, it is imperative to quickly secure competent legal representation.