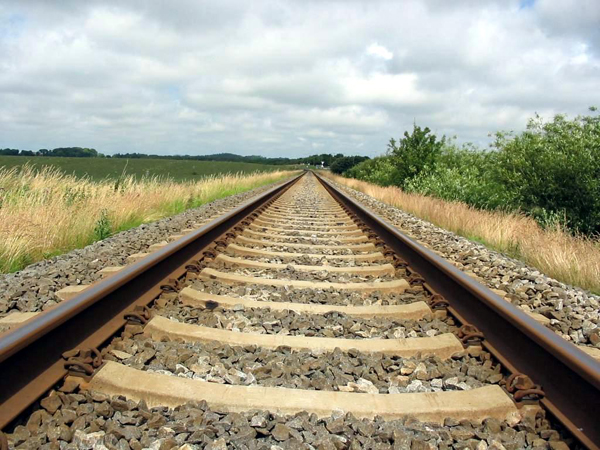 The Long Island Railroad (LIRR) leased one of its old rail yards in Queens to a recycling company. One of the recycling company’s employees was working the late shift on a rainy evening in 2003. That rainy night, he was assigned the task of welding on a portion of the metal fence surrounding the yard with an acetylene torch. He got up on a ladder, climbed up several rungs, and started to weld. At that point, the injured worker got a shock from the welding equipment. The ladder then shifted in the mud and he fell to the ground, suffering severe injuries. Since that incident, he was unable to work, having become disabled, and having had several surgeries to his back and knee.

The injured worker hired a law firm to bring a personal injury claim against the owner of the yard under New York’s Labor Law Section 240 known as the “ Scaffolding Law. ” That law firm brought a petition to file notices of claim against the MTA (Metropolitan Transportation Authority) and the LIRR. The Supreme Court Justice dismissed the petition, indicating in his decision that, as to the MTA, the reason for the late notice of claim was not meritorious and, as to the LIRR, no notice of claim was needed and that the law firm merely needed to timely commence a lawsuit under New York’s Public Authority Law. Needless to say, the time within which the injured worker needed to commence the lawsuit against the LIRR had already passed by the time of that decision. The injured worker retained Richard A. Klass, Your Court Street Lawyer to sue the personal injury law firm for legal malpractice.

Time-barred by the Statute of Limitations:

The concept of a “ Statute of Limitations ” is that people are afforded a certain amount of time to take action concerning a legal claim they may have; if that period of time passes without taking action, then the ability to pursue the legal claim has been waived. Most people are familiar, for instance, that in New York State the statute of limitations period within which to file most personal injury cases is three years from the date of accident. In this particular case, though, the Statute of Limitations period within which to sue the potentially liable parties was shorter (to a period of one year and thirty days) because the personal injury claim was against the LIRR, a governmental authority under a special statute.

Once the judge had dismissed the injured worker’s lawsuit, thus leaving him without recourse to recover monetary damages for his injuries, the law firm was exposed to the legal malpractice claim brought against it because it was alleged to have “blown” the statute of limitations by neglecting to timely file the lawsuit against the LIRR.

In legal malpractice cases, the statute of limitations in which to sue an attorney is three years from the date of malpractice under New York’s CPLR Section 214(6). Since many times in litigation, attorneys who have committed malpractice continue representing their clients for months or years afterward, there is also a concept of “ continuous representation. ” This means that the statute of limitations “clock” does not start to tick until the attorney has stopped representing the client in the matter.

A legal malpractice case is a very difficult type of litigation for one particular reason: Assuming that the lawyer ‘screwed up’ as much as possible, doing everything as wrong as could be done or failing to do any of the right things, it still might not matter — the ultimate question for purposes of liability for legal malpractice will be whether there was any merit to the underlying case that the lawyer was hired to handle. Rephrased: Would the client have won “but for” his lawyer?!

New York’s Scaffolding Law provides that owners of real estate, such as the LIRR, are “ strictly liable ” for injuries suffered by workers who fall from a ladder or scaffold under almost all circumstances, with limited exceptions, such as if there was a lack of adequate safety devices. This basically means that the landowner is responsible to pay for all of the worker’s damages for his injuries, including medical bills, lost wages, and pain and suffering. An exception to holding the landowner strictly liable under the Scaffolding Law is where the injured worker is found to have been the “sole proximate cause” of his injuries. In this case, the law firm being sued for legal malpractice argued that, in the event the LIRR had been sued, the injured worker would not have prevailed anyway because this exception to the Scaffolding Law would have applied because he knew not to weld in the rain. In response, the injured worker claimed that his employer at the yard instructed him to weld in the rain and that he was not going to be insubordinate.

Separate and apart from the Scaffolding Law issue, the law firm argued that there was no proof of exactly where the fall occurred to establish that it happened on the LIRR’s property. In response, a surveyor was retained to survey the area surrounding the old rail (now recycling) yard, and Deeds dating back to the 1800s were obtained. These documents were produced to establish the legal ownership of the location where the fall took place. This was a necessary element of the case in order to prove that the LIRR would have been liable for injuries to workers on its property under the Scaffolding Law.