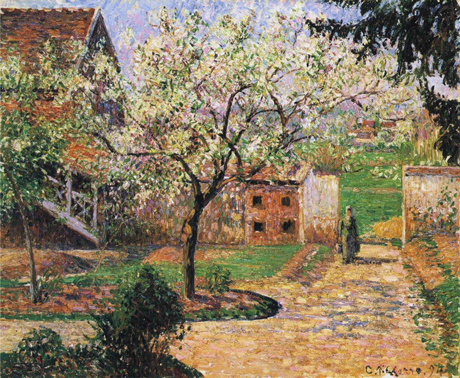 The homeowner had a bunch of problems. Not only was he saddled with over $30,000 in credit card debt spread across several credit card accounts, he had also just received the opens in a new windowSummons and Complaint, filed by his mortgage lender, seeking to foreclose on the mortgage recorded against his home. He was delinquent on his mortgage and owed many months’ worth of mortgage arrears. This homeowner is one of the tens of thousands of homeowners across the State (and more across the country) who have fallen into foreclosure with little help or support. Fortunately for the homeowner, he came to Richard A. Klass, Your Court Street Lawyer, for help.

In order to establish the best strategy for the particular situation, the house’s fair market value first had to be considered.

Many homeowners have seen their property values drop so low that their houses are “underwater,” meaning they owe more on their mortgage than the house is worth. In such circumstances, there are different strategies which may be taken by homeowners, including offering the lender a deed in lieu of foreclosure or staying in possession of the house for as long as possible until the foreclosure auction sale. In this case, the homeowner was unsure of his house’s fair market value, so he was advised to hire a licensed appraiser for an honest, unbiased opinion as to the value of the house. The appraisal came back and showed that the amount due to the mortgage lender on the outstanding mortgage was nearly equal to the fair market value. The homeowner and his wife liked their home and neighborhood, so he wanted to figure out a way to save the house, if possible.

The foreclosure proceeding brought by the mortgage lender had to be answered. The homeowner answered the Complaint and also brought Counterclaims against the lender, alleging that the lender engaged in predatory lending practices, fraud, and violations of the Truth in Lending Act (TILA) and the Home Ownership and Equity Protection Act (HOEPA). Filing the Answer and Counterclaims placed an obstacle in the path of the mortgage lender and helped slow down the foreclosure process.

As another part of slowing down the mortgage lender’s case, discovery demands were served, including a request for copies of all documents signed at the closing, when the mortgage was first obtained. It is crucial to a homeowner’s defense of a mortgage foreclosure case, in a time when affidavits are “robo-signed” by non-bank representatives, original documentation is lost by mortgage departments, and mortgages lack assignment from the original lender, that all documents be reviewed for their authenticity and truthfulness.

A Dollar Can Be Stretched Only So Far!

After establishing that the house was not very much “underwater” and that the homeowner wanted to keep the house, the next step was to consider how to pay the mortgage, property taxes and other carrying charges of the house. The homeowner’s take-home salary could only go so far — he could not afford to make the regular monthly mortgage payment as well as the minimum payments on all the various credit card accounts. However, if he could shed the credit card debt, he could more easily afford all of his other expenses.

Generally, homeowners have to file a “ opens in a new windowChapter 13” bankruptcy case to save their home. In a Chapter 13 case, a monthly payment plan over a three- to five-year term is proposed by the debtor, reviewed by the trustee, and then approved or denied by the Bankruptcy Judge. However, in the present situation, a Chapter 13 bankruptcy case was not necessary because there was no equity in the house to protect (net equity being the fair market value of the house less the balance due on the mortgage). Accordingly, the decision was made to file a “ opens in a new windowChapter 7” bankruptcy case. A Chapter 7 bankruptcy case — also known as a “straight bankruptcy” — is a legal proceeding in which all of the debtor’s ‘unsecured debts’ (such as credit cards, personal loans and lines of credit) are discharged or extinguished. Once the bankruptcy case was filed, the homeowner benefited from the automatic stay provisions of the Bankruptcy Code. Basically, these provisions act as a “Stop Sign” against creditors, prohibiting them from taking any collection actions against debtors. When this homeowner/debtor received his Discharge, by which he discharged or extinguished all of the unsecured credit card debt, he was left with only the mortgage debt (also known as ‘secured debt’ because the house is collateral for the loan).

In New York State, when a homeowner/defendant puts in an appearance in a mortgage foreclosure case, the court puts the case onto its Foreclosure Settlement Conference calendar and schedules a conference between the mortgage lender and the homeowner. The purpose of the conference is to see whether there is any way to mediate and settle the dispute, including exploring the loan modification process.

In our present situation, with the bankruptcy case over and the homeowner coming straight out of his Chapter 7 case with his Discharge of all other debts (his “fresh start”!), the mortgage foreclosure proceeding was placed back onto the Supreme Court’s Foreclosure Settlement Conference calendar. Pursuant to the conference, the homeowner applied for loan modification with the mortgage lender and provided all documentation required, including the application, and his tax returns and paystubs.

With no outstanding credit card debt, the homeowner’s salary clearly demonstrated that he had more than sufficient income to support the mortgage and carrying charges of the house. The good news came at the next foreclosure settlement conference: the homeowner’s application to modify his mortgage loan was approved by the lender and the foreclosure proceeding was dismissed. Home! Sweet Home!

Copyright 2012 Richard A. Klass
Credits:
Image at top: Flowering Plum Tree, Eragny, 1894, by Camille Pissarro (1830-1903).
This image is in the public domain because its copyright has expired. This applies to Australia, the European Union and those countries with a copyright term of life of the author plus 70 years.
This image is in the public domain in the United States. This applies to U.S. works where the copyright has expired, often because its first publication occurred prior to January 1, 1923.