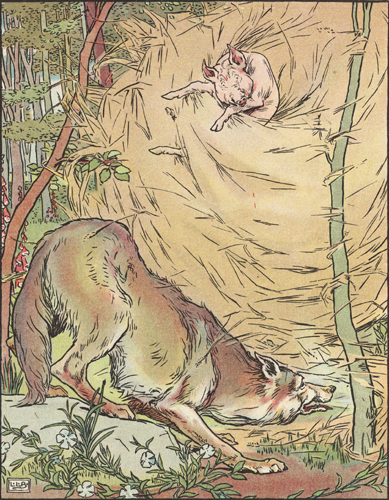 “Then I’ll huff and I’ll puff, and I’ll blow your house in!”

Those famous words were said by the Wolf in the fairy tale Three Little Pigs. Sometimes, municipalities have to say those same words to homeowners whose buildings become so damaged that they have become “unsafe.”

There is a common recognition that a dangerous or unsafe structure constitutes a threat to the public’s health, safety and welfare, and the sealing or removal of the structure is an exercise of a municipality’s police powers to protect the public. For this reason, municipalities enact building codes to ensure that owners keep and maintain their buildings.

In New York City, Administrative Code Section 26-236 provides that, immediately upon receipt of a report by an officer or building department employee that a structure is unsafe or dangerous, the opens in a new windowDepartment of Buildings is to make a formal report, which triggers quick action. The next step is to notify the building owner within 24 hours of the duty to remedy the unsafe or dangerous condition. If no action by the owner is immediately taken, then the Buildings Department must order a survey of the unsafe structure, which survey (together with a report) acts as the basis of a law suit in the Supreme Court.

So important to the public is the remediation of an unsafe structure, that Administrative Code Section 26-239 states that the “determination of the issue in an unsafe structure proceeding shall have precedence over every other business” of the court. Once the trial has taken place (“without delay”), the court then issues a “precept” directed to the Superintendent of Buildings to repair or secure the unsafe structure.

Knock-down of the client’s building

The client bought a building in Brooklyn from a bank that had recently foreclosed on the property and took back the building (what is commonly referred to as an “REO” – real estate owned property in a bank’s inventory). At about the same time that the client bought the building, the City of New York determined that the building was an unsafe structure and notified the bank. The notice informed that a court proceeding would be held in the Supreme Court, Kings County on April 22nd to determine the building to be an “unsafe structure” pursuant to the New York City Administrative Code.

The building owner came to Richard A. Klass, Your Court Street Lawyer, for help. Now that the entire building was demolished, there was tremendous added expense to the rehab of the building, given that all new building systems would have to be installed and the shell was no longer there.

Notices of claim were filed with the City of New York and its agencies. Once the requisite period of time for the City to act on those notices passed, a law suit was filed against the City. The action listed several causes of action including negligence, trespass to property, interference with quiet enjoyment of property and violation of due process rights since the building was demolished before the court proceeding.

The City agreed to settle the law suit by payment for the loss of the building (based upon the difference in fair market values for the property pre-demolition and post-demolition) along with cancellation of the demolition lien.

Copyright 2013 Richard A. Klass
Credits:
Drawing at top: by L. Leslie Brooke, 1904: “The wolf blows down the straw house in a 1904 adaptation of the fairy tale Three Little Pigs.” This work is in the public domain in the United States because it was published (or registered with the U.S. Copyright Office) before January 1, 1923 and its copyright has expired.