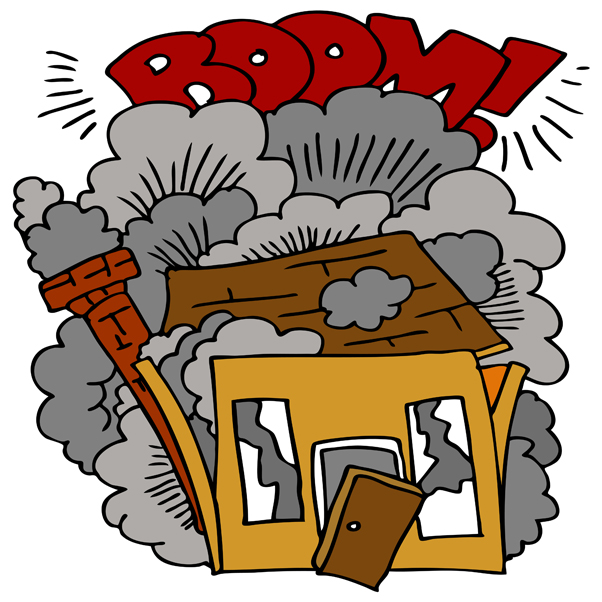 Nothing Ventured, Nothing Gained.

Two developers were in the business of purchasing New York State real properties for purposes of building, renovation, rehabilitation and/or construction of those properties for sale, conversion into condominiums or retain as rental properties.

The developers found a Manhattan property owned by two people. The four of them decided to enter into a joint venture – the two property owners would transfer the property into a limited liability company (LLC) to be formed and the two developers would take care of constructing three single-family townhouses on the property. They entered into a joint venture agreement laying out the terms of their deal.

In furtherance of their joint venture…

In furtherance of their joint venture, the developers laid out money for expenses, including architect and survey fees and mortgage costs. Unfortunately, the property owners failed to transfer the property into the LLC, despite the terms of their agreement to do so.

Since the property owners did not transfer the property into the LLC pursuant to the joint venture agreement, the developers needed to ensure that the owners did not sell the property out from under them to a third party. Their fear was that, without any protection, the owners could simply sell the property to someone else and not reimburse them for the moneys they laid out and their share of profits under the joint venture agreement. To protect the developers from this happening, a Notice of Pendency (also known as a Lis Pendens) was filed against the property. A Notice of Pendency is a statutory creation under New York’s Civil Practice Law and Rules Article 65. This filing gives notice to the entire world that there is a dispute which affects the title, use or possession of real property. The filing of this Notice preserves the rights of a party from an owner transferring title to the property to someone else, as whoever buys the property is deemed to have knowledge of the dispute.

Request to Cancel Notice of Pendency

In response, the developers argued that the filing of the Notice of Pendency was both proper and necessary to protect their property interests. The developers cited to the case holding in Nastasi v. Nastasi, 26 AD3d 32 [2 Dept. 2005], as their basis for the arbitrator to reject the property owners’ request to cancel the Notice of Pendency. In Nastasi v. Nastasi, the appellate court considered this issue, stating that “no case has been located addressing the concept of abatement in relation to the mandatory cancellation of a notice of pendency while the action has been stayed pending arbitration.”

Action Was Not “Abated” by Arbitration

Once a Notice of Pendency has been filed against real property, CPLR 6514(a) mandates cancellation of the Notice of Pendency if the action has been “settled, discontinued or abated.” The argument in Nastasi v. Nastasi was that a motion to compel arbitration and, in effect, stay the action amounts to the action being “abated.” In rejecting this argument, the court analyzed the definition of the word “abate” as meaning “to put an end to” or “to nullify.” There is a concept that an action which has abated is dead. However, in this context, the availability of a Notice of Pendency in an action stayed pending arbitration is a perceived “loophole” not intended or foreseen by the drafters of the statute; therefore, it could not be said that the action abated or ended.

After argument by the parties, the arbitrator determined that “the notice of pendency should not be cancelled merely because this matter has been sent to arbitration as the underlying action has not been abated. Finally, Claimants [developers] have sufficiently plead an interest in the subject properties as equitable owners to allow them under CPLR 6501 to sustain the notice of pendency at this time.” Therefore, the Notice of Pendency was to remain filed against the property, preserving the developers’ rights in the property until their dispute is determined through the arbitration process.

Richard A. Klass has been selected for the 2017 New York Metro Super Lawyers List.

Richard A. Klass, Esq., maintains a law firm engaged in civil litigation at 16 Court Street, 28th Floor, Brooklyn, New York. He may be reached by phone at (718) COURT●ST or at RichKlass@courtstreetlaw.comcreate new email with any questions.
Prior results do not guarantee a similar outcome.