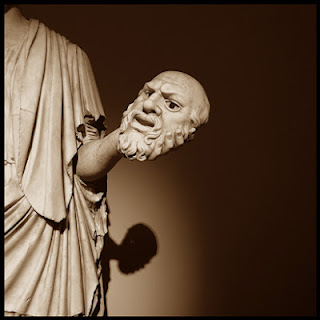 The client was injured and hired a lawyer to prosecute his personal injury claim against various entities for negligence. The lawyer agreed to handle the personal injury claim for a one-third contingent legal fee. “Contingent fee” refers to an arrangement with an attorney for payment of a percentage of an amount recovered for the client through settlement or resolution of the claim; a one-third contingency is fairly standard in personal injury matters. After being retained by the client, the lawyer took a number of steps towards prosecuting the claim, including (1) commencing an action (termed a “special proceeding” in the New York State Supreme Court) against a municipality to file a “late” notice of claim to sue that government entity; (2) representing the client in the related worker’s compensation claim before the New York State Worker’s Compensation Board; and (3) commencing an action for personal injuries against the potentially-liable company in the New York State Supreme Court. After the action was started in the New York State court, the defendant “removed” the action to federal court (based on a concept known as “diversity,” because that defendant was an out-of-state company). In the federal court case, the action continued with discovery proceedings taking place between the parties. The defendant even made an offer to settle the personal injury claim for $50,000, which was rejected. Displacement of the Attorney Three days after the $50,000 settlement offer, the lawyer received a letter from another law firm enclosing a Consent to Change Attorney form for the lawyer to sign and return with the file. The letter indicated that the client had now retained the other law firm to continue litigating his personal injury claim and, effectively, terminated the lawyer’s representation in the federal court case. It is not uncommon for a client to change attorneys midstream during litigation; the usual steps taken upon substitution of attorneys is for the outgoing attorney to deliver the client’s file to the incoming attorney and for the attorneys to come to an arrangement concerning the split of the contingency fee when and if the case settles or resolves. It is also common for the incoming attorney to pay the outgoing attorney’s expenses on the file, including court filing fees, process service fees, and the costs of medical records and investigators. Unfortunately, in this situation, the incoming attorney was unwilling to pay the outgoing attorney’s expenses; he also refused to negotiate any division of the one-third contingency legal fee with the outgoing attorney, claiming instead that the outgoing attorney was entitled to nothing. Attorney Cannot Be Displaced without Court Order The outgoing attorney contacted Richard A. Klass, Your Court Street Lawyer, about enforcing his rights to both his legal fee and reimbursement for expenses. The first step was to draft an Order to Show Cause seeking both a “charging” lien upon any future legal fee upon settlement of the case for the lawyer’s percentage and a “retaining” lien to hold onto the client’s file until the expenses were paid. There is a rule in the United States District Court for the Eastern District of New York concerning the situation where an attorney withdraws or is displaced from a case:

Local Civil Rule 1.4. Withdrawal or Displacement of Attorney of Record. An attorney who has appeared as attorney of record for a party may be relieved or displaced only by order of the Court and may not withdraw from a case without leave of the Court granted by order. Such an order may be granted only upon a showing by affidavit or otherwise of satisfactory reasons for withdrawal or displacement and the posture of the case, including its position, if any, on the calendar, and whether or not the attorney is asserting a retaining or charging lien.

The Order to Show Cause stated that the lawyer was “displaced” from the case by his former client for no legitimate reason and that the lawyer could only be displaced by Order of the Court. Stated in the accompanying affirmation of the outgoing attorney was that the incoming attorney (and, presumably, his former client) were proposing to pay him $0 for two years’ worth of work on the file. It was urged that the federal judge uphold longstanding New York State law that protects attorneys who render legal services on behalf of their clients. Charging and Retaining Liens Under New York State law, an attorney who is discharged by his client is statutorily entitled to a charging lien on any monetary recoveries obtained by the former client in the proceedings in which the attorney had rendered legal services. See Judiciary Law Section 475. In Mello v. City of New York, 303 AD2d 564 [2003], the court held that where an attorney’s services were provided on a contingent-fee basis, the court should determine the amount of the lien to be fixed in accordance with the attorney’s request, as a contingent percentage based on the proportionate percentage of work he performed, to be determined at the conclusion of the action (see Matter of Rosenblum, 121 AD2d 546 [1986]; see also Lai Ling Cheng v Modansky Leasing Co., 73 NY2d 454, 457-458 [1989]). A discharged attorney is also entitled to a retaining lien on the former client’s papers and property that are in the attorney’s possession, under New York common law. See Resolution Trust Corp. v. Elman, 949 F.2d 624, 626 (2d Cir.1991). This mean that the client’s file can be retained by an attorney until he is paid, similar to how a mechanic can hold onto a car until the car’s owner pays for the repairs. A conference was held with the judge. The judge decided that the client’s file would be exchanged only upon payment of the file expenses and that the outgoing attorney’s percentage of the overall legal fee would be determined when the case settled or resolved. About six months later, the incoming attorney settled the case for $70,000. The charging lien was settled through negotiations between the attorneys, with the outgoing attorney being paid $16,000 for one third of the initial $50,000 settlement offer and the incoming attorney being paid $6,000 for one third of the next $20,000 settlement portion.
by Richard A. Klass, Esq.
———– copyr. 2012 Richard A. Klass, Esq. The firm’s website: www.CourtStreetLaw.com Richard A. Klass, Esq., maintains a law firm engaged in civil litigation at 16 Court Street, 28th Floor, Brooklyn Heights, New York. He may be reached at (718) COURT-ST or e-ml to RichKlass@courtstreetlaw.com with any questions. Prior results do not guarantee a similar outcome.