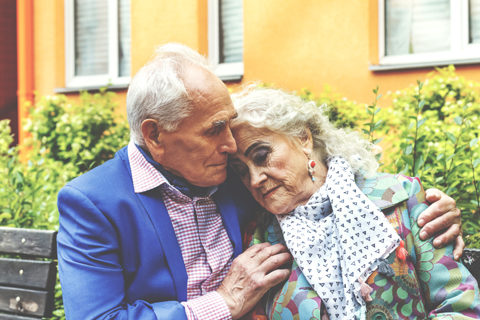 What’s Yours Is Mine and What’s Mine Is Yours

He owned his own house. When Harald married Florence a year later, he transferred title to the house from himself to “Harald and Florence, his wife.” By virtue of this language in the deed, ownership of the house was now held in a “ tenancy by the entirety ” (see, Estates, Powers & Trusts Law Section 6-2.2). After many years of marriage, Florence passed away, leaving Harald as the surviving spouse of the former tenancy by the entirety and sole owner of the house by operation of law. Subsequently, Harald transferred title to the house to his nieces.

Florence’s executor brought a lawsuit against Harald and his two nieces to claim Florence’s share in the house as part of her estate. The executor demanded that the house be returned to Florence’s estate for disposition according to her Will. In response, Harald and his nieces filed motions to dismiss the lawsuit based upon documentary evidence.

Dismissal Based upon Documentary Evidence

Richard A. Klass, Esq., Your Court Street Lawyer, filed the motion to dismiss based upon documentary evidence. CPLR 3211(a)(1) provides that dismissal of a lawsuit is appropriate when the document itself resolves all factual issues as a matter of law. In order to be considered documentary evidence under CPLR 3211(a)(1), the evidence “must be unambiguous and of undisputed authenticity.” Rabos v. R&R Bagels & Bakery, Inc., 100 AD3d 849 [2012]; Fontanetta v. John Doe, 73 AD3d 78 [2010]. In considering such a motion, the court is to afford the complaint its most favorable intendment and the plaintiff’s allegations which are contrary to the documentary evidence are to be accepted. However, “a complaint containing factual claims that are flatly contradicted by documentary evidence should be dismissed.” See, Well v. Rambam, 300 AD2d 580 [2002].

Tenancy by the Entirety Deed

Quoting from an 1883 decision from the NYS Court of Appeals, a “ tenancy by the entirety ” is derived from the common law (“when land was conveyed to husband and wife, they did not take as tenants in common or as joint tenants but each became seized of the entirety, and upon the death of either the whole survived to the other.”) On the death of either spouse, the property’s title vested in the other spouse because the survivor is deemed the representative of the single ownership. Indeed, the surviving spouse receives the entire property interest free and clear of any debts, claims, liens or encumbrances against the deceased spouse. See, Cormack v. Burks, 150 AD3d 1198 [2017].

Longstanding New York State law holds that a grant of real property to a husband and wife creates a tenancy by the entirety “unless expressly declared to be a joint tenancy or tenancy in common.” See, Prario v. Novo, 168 Misc.2d 610 [Sup. Ct., Westchester Co. 1996]; In re Faeth’s Will, 200 Misc. 143 [Sur. Ct., Queens Co. 1951]; Estates, Powers & Trusts Law § 6-2.2(b). Courts have recognized that a tenancy by the entirety cannot be altered without the mutual consent of the spouses or divorce. In Sciacca v. Sciacca, 185 Misc.2d 105 [Sup. Ct. Queens Co. 2000], the court held that: “As articulated by the Court of Appeals in Kahn v. Kahn, 43 N.Y.2d 203, a court cannot direct the disposition of property held by married couples as tenants by the entirety until the court first alters the marital status, such as by entering a judgment of divorce or separation. Indeed, the law is long-settled that neither entirety tenant may, without the consent of the other, dispose of any part of the property to defeat the right of survivorship.”

That the executor was pursuing rights on behalf of Florence’s estate was irrelevant. Numerous cases have held that, regardless of any purported disposition of real property owned by spouses as tenants by the entirety, the surviving spouse takes the whole by operation of law. See, e.g. Levenson v Levenson, 229 AD 402 [2d Dept 1930] (“A question of property held jointly was not involved. Naturally, the survivor took that regardless of the will.”); In re Maguire’s Estate, 251 AD 337 [2d Dept 1937], affd sub nom, 277 NY 527 [1938] (“In an estate by the entirety the husband and wife are each seized of the entire estate, per tout et non per my. Each owns, not an undivided part, but the whole estate. ‘The survivor, upon the death of the other, does not take a new acquisition, but holds under the original grant or devise, the estate being merely freed from participation by the other.”)

At the time of Florence’s death, she and Harald were still married. There was also no evidence that they altered their tenancy by the entirety either by judicial decree (such as a divorce judgment) or written instrument satisfying General Obligations Law Section 3-309. Therefore, the Deed itself was dispositive of the issue of ownership of the house vesting solely into Harald as the surviving spouse.

In support of the motion to dismiss the lawsuit, Harald submitted his affidavit signed by him in Jamaica, his new home country. The executor took issue with the court accepting the affidavit without it having been executed before a Notary Public. In rejecting this argument, the court noted that Harald’s affidavit was signed in accordance with the rule set forth in CPLR 2106(b) (“The statement of any person, when that person is physically located outside the geographic boundaries of the United States, Puerto Rico, the United States Virgin Islands, or any territory or insular possession subject to the jurisdiction of the United States, subscribed and affirmed by that person to be true under the penalties of perjury, may be used in an action in lieu of and with the same force and effect as an affidavit. Such affirmation shall be in substantially the following form:

I affirm this … day of ……, …., under the penalties of perjury under the laws of New York, which may include a fine or imprisonment, that I am physically located outside the geographic boundaries of the United States, Puerto Rico, the United States Virgin Islands, or any territory or insular possession subject to the jurisdiction of the United States, that the foregoing is true, and I understand that this document may be filed in an action or proceeding in a court of law.”)

Based upon the above long-standing case law, the court determined that there was no valid cause of action against the defendants. In making that determination, the court cited to the rule that “the sole criterion is whether the pleading states a cause of action, and if from the four corners factual allegations are discerned which, taken together, manifest any cause of action cognizable at law, a motion to dismiss will fail… However, allegations constituting bare legal conclusions as well as factual claims flatly contradicted by documentary evidence are not entitled to any such considerations.”

Richard A. Klass Selected for the Fourth Time for the New York Metro Super Lawyers List

We are pleased to announce that Richard Klass, has been selected to the 2018 New York Metro Super Lawyers list. This is an exclusive list, recognizing no more than five percent of attorneys in the New York Metro area.