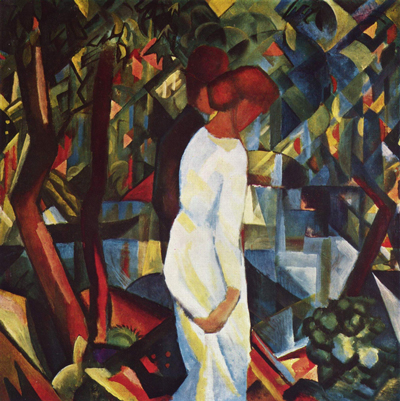 Two sisters and their respective husbands decided to purchase a two-family house in The Bronx in 1995. At the closing, they took title to the property, reflected on the Deed, as follows: “Gilberto Hernandez and Consolacion Hernandez, his wife …. And Erlinda Que and Elpidio Rodriguez, her husband.” Erlinda executed her Last Will and Testament, in which she devised her “half share and interest in the real property” to her sister, Consolacion, and her husband, Elpidio, in equal shares. In December 2000, Erlinda passed away, survived by her husband, Elpidio. For a long time after Erlinda’s death, Elpidio and his deceased wife’s sister continued to maintain the house. At some point, he remarried and wanted to sell it and move. And, when they all couldn’t agree on how to accomplish this, a lawsuit was initiated called a “Partition and Sale” action. In this type of lawsuit, the parties ask a judge to order the property sold at auction. The decedent’s sister and her husband, along with the nominated executor under the Will, claimed that ownership of the Bronx property passed under Erlinda’s Last Will and Testament. Therefore, they claimed that half of Erlinda’s quarter-share went to Consolacion (or one-eighth of the total interest in the property), and half of Erlinda’s quarter-share went to Elpidio. By their claim, Elpidio would be entitled to only 37.5% of the house. Elpidio, the decedent’s surviving spouse, came to Richard A. Klass, Your Court Street Lawyer, for legal advice. Elpidio felt that, as Erlinda’s husband, he should get more.

Tenancy by the Entirety:

One of the “perks” of being married is that real property deeded to a husband and wife creates a “tenancy by the entirety,” under New York’s Estates Powers and Trusts Law Section 6-2.2(b). This form of ownership, among other things, prevents creditors of one spouse from forcing the sale of the house and easily transfers title to one spouse upon the death of the other. The exception to this rule about a tenancy by the entirety is if the Deed expressly declares it to be a joint tenancy or tenancy in common (where each spouse owns a divisible share). Commonly, the Deed to a husband and wife will indicate that they are married, with language such as “A and B, as husband and wife” or “A and B, his wife” or “A and B, her husband.” This form of ownership, by statute, cannot be altered or changed without the mutual consent of the spouses or a divorce. Obviously, the ownership of a house by spouses as a tenancy by the entirety gives comfort that one spouse cannot sell his/her interest in the house without the other spouse’s consent. Only in limited circumstances, such as a divorce proceeding or bankruptcy case, can a court force the disposition of a house owned by the spouses in this form without their consent.

The term “summary judgment” means that the litigant believes that there are no issues of fact which necessitate a trial before a judge or jury. When one litigant “moves” or asks the judge to grant summary judgment, he must present proof (in admissible form) which supports the request and which demonstrates that the matter may be decided on the law alone. It can then be said that the movant has established his“prima facie” case (meaning “at first sight”). Then, the other side to the litigation must present the judge with proof that there are genuine factual issues, and that the matter cannot be decided without a trial. Many readers will understand that judges deny summary judgment motions in most cases because they want to give litigants their day in court, and the facts are not always the facts. In the probate proceeding in the Surrogate’s Court for Bronx County, Elpidio asked the Surrogate to grant him “summary judgment” on his claim that he is entitled to Erlinda’s entire interest in the house. The ‘Exhibit A’ proof, offered by Elpidio that he was entitled to Erlinda’s whole share, was the Deed itself. There was no express declaration in the Deed that it had been conveyed or transferred to Elpidio and Erlinda as anything other than husband and wife. In granting summary judgment to Elpidio, in In the Estate of Erlinda Que, Deceased [Surrogate’s Court, Bronx County, February 25, 2010], Surrogate Holzman determined that, despite the language of Erlinda’s Last Will and Testament granting her sister a half-share of her interest in the house, Elpidio should be declared the full owner of half or 50% of the whole house. Specifically, Surrogate Holzman held that:

“A tenancy by the entirety is different from both a tenancy in common and a joint tenancy in that ‘it remains fixed and cannot be destroyed without the consent of both parties’ for ‘as long as the marriage remains legally intact,’ with both parties continuing ‘to be seized of the whole, and the death of one merely results in the defeasance of the deceased spouse’s coextensive interest in the property.’ (V.R.W. Inc. v. Klein, 68 NY2d 560 [1986].)”

Accordingly, by operation of law, the death of Erlinda, one of the spouses, resulted in that spouse/tenant no longer having an interest in the property, with Elpidio, as the surviving spouse, now owning her share as well as his own. Surrogate Holzman recognized the long-standing rule that “a severance of a tenancy by the entirety cannot be effectuated by the unilateral last will of one of the spouses alone.” (Matter of Strong, 171 Misc. 445 [1939].
by Richard A. Klass, Esq.
Credits: Paar im Walde (1912). by artist August Macke (1887-1914). Photo of Richard Klass by Tom Urgo, 2008. Law firm business communications services provided by The Innovation Works, Inc. ———– copyr. 2010 and 2011 Richard A. Klass, Esq. The firm’s website: www.CourtStreetLaw.com Richard A. Klass, Esq., maintains a law firm engaged in civil litigation at 16 Court Street, 28th Floor, Brooklyn Heights, New York. He may be reached at (718) COURT-ST or e-ml to RichKlass@courtstreetlaw.com with any questions. Prior results do not guarantee a similar outcome.