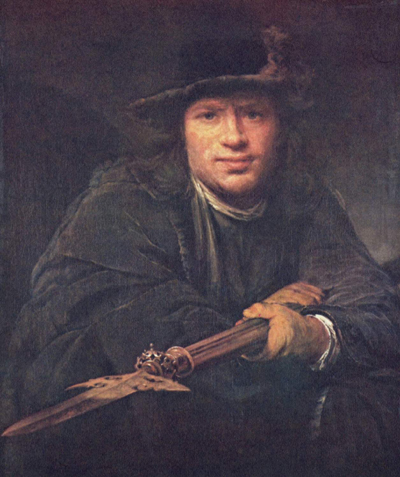 Who Are You and Why Are You Suing Me?!
The Debt Buyer Phenomenon.

He got the Summons and Complaint from a process server in 2007. The name of the plaintiff suing the defendant was “New Century Financial.” He had never heard of the plaintiff and did not know why it was suing him. The Complaint claimed that the defendant had a Providian credit card account and owed money on the account. He remembered having an account with Providian a long time ago and also remembered making his last payment to Providian in the Fall of 2000.

Many people still remember the fall-out of the Savings and Loan crisis in the 1980s, and the take-over of bank assets by the FDIC and RTC, including hard assets (such as buildings) and monetary instruments (such as promissory notes); those assets were sold to third party investors and collected upon by them. In the 1990s, an offshoot of that industry began in full force – the purchase of credit card charge-offs, auto loan deficiencies and other debts owed by consumers. Debt brokers began buying nationwide and statewide portfolios of debt, and selling them to debt buyers in every imaginable stratification.

When the defendant in this case got sued by New Century Financial, he turned to Richard A. Klass, Your Court Street Lawyer, for legal assistance to defend himself against this debt buyer’s claims.

In almost every type of case that a person may bring against someone, there is a time in which that case may be brought, and once that time has passed, the “statute of limitations” for that type of case prohibits a late case from being brought. There are various reasons for this rule, including failing memories, loss of evidence, and fairness to litigants. According to New York State law, in Civil Practice Law and Rules (CPLR) Section 213(2), the statute of limitations to sue someone for breaching a contract is six years from the date of breach.

Who are you and why are you suing me?!

More importantly, a much more compelling defense was asserted by the defendant that New Century Financial lacked “standing” to bring the case. The defendant admitted that he may have previously owed a balance on his credit card bill due to Providian; he even saved some of the old dunning letters that he received from Providian. But why was someone he never heard of before suing him for that balance.

In addition to the statute of limitations, there is another fundamental of law, the issue of standing. When someone brings a lawsuit against another, he has to prove that he may legally do so; in other words, that he owns the claim he is bringing. One of the common problems in these so-called “debt buyer” cases is that the plaintiff cannot prove that it is the rightful owner of the debt allegedly owed by the defendant.

The defendant took a very simple legal position – if Providian showed up to collect its debt, it may be due; but, the plaintiff cannot show it owns the debt. This called into question an evidentiary issue as to whether New Century Financial could prove the chain of title from Providian to itself.

After pressing for disclosure of the purchase agreements and other evidence of the alleged assignment of the credit card account from Providian to New Century Financial, the debt buyer finally capitulated. New Century Financial agreed to discontinue the lawsuit WITH PREJUDICE (meaning that it cannot bring the lawsuit against the defendant again in the future).

Changes developing in the law

Across the country, various governmental agencies have been busy trying to address the problems encountered between debt buyers and consumers. The federal Fair Debt Collection Practices Act (FDCPA) prohibits many forms of harassment and abuse by debt collectors who collect debts owed by consumers to creditors. In recent years, the FDCPA has redefined the term “debt collector” to include “debt buyers” to curb their abuses. The New York City Administrative Code, which requires the licensing of debt collection agencies with the Department of Consumer Affairs, was amended to include debt buyers.

Without doubt, the changes being put into effect, coupled with the difficulties of debt buyers in obtaining documents and witnesses from the original creditor, will tilt the scales of justice towards consumers for some time.