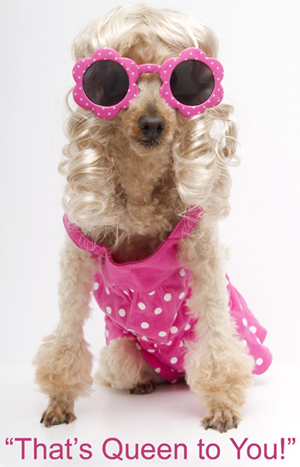 Way back in 1982, a wife and her husband purchased a home in Brooklyn. The wife’s mother-in-law — her husband’s mother — provided $20,000 to help the couple make the purchase. At the time the money was provided, the mother-in-law had not firmly decided whether she considered the $20,000 a gift or a loan.

In any event, the wife signed a mortgage in favor of her mother-in-law which contained no terms of repayment (that part was left blank) and no mortgage note was signed. The mortgage stated that the whole balance could be declared due at the option of the mortgagee after default in the payment of any installment or principal or of interest for fifteen days. It was alleged that the mother-in-law never made any demand during her lifetime for repayment of the money. The mortgage was never recorded by the mother-in-law with the City Register’s Office.

In 1998, the mother-in-law signed an assignment of the $20,000 mortgage over to her own daughter. In 1999, the mother-in-law passed away. Unfortunately, in September 2013, the husband passed away, leaving the wife, now a widow, the sole owner of the house as the surviving spouse. About a month after the husband’s death, the sister-in-law — the dead husband’s sister — recorded both the mortgage and the assignment of mortgage with the City Register’s Office.

Sale of the House

After the death of her husband, the widow/homeowner decided to sell the house and relocate from New York. In connection with the sale, the woman now had to deal with her sister-in-law and the $20,000 “mortgage.” The widow retained Richard A. Klass, Your Court Street Lawyer, to sue her sister-in-law to discharge the mortgage of record. An action was brought under New York Real Property Actions and Proceedings Law Section 1501(4).

The sister-in-law answered the complaint, alleging that both her brother and his wife frequently reassured her and her mother that the mortgage would be satisfied when the house was sold. She claimed that the law should uphold the covenant to pay the debt as set forth in the mortgage even though there was no note. The sister-in-law also asserted counterclaims (and brought the house’s new owners into the case) to foreclose on the old mortgage and obtain a money judgment, claiming the sums of $20,000 for the principal amount of the loan plus another $98,000 representing 33 years’ worth of interest at 15% per annum.

Mortgage Barred by Statute of Limitations

In this case, the 1982 mortgage had no provision stating when payment was due, since those provisions of the mortgage were left blank. Under such circumstance, New York courts have held that the loan is presumed to be payable upon demand, and the Statute of Limitations accrues from the date of the mortgage. See, Martin v. Stoddard, 127 NY 61 [1891]. Corrado v. Petrone, 139 AD2d 483 [1988]. The court noted that, absent any written payment terms, the Statute of Limitations began to accrue when the 1982 mortgage was executed, expiring six years later in 1988 (more than ten years before the 1998 assignment to the sister-in-law).

In response to the sister-in-law’s claim that her brother and his wife repeatedly said that the debt would be paid at the end of the 30-year term, the court rejected the claim, noting that the mortgage contained an important clause stating that “this mortgage may not be changed or terminated orally.” Oral representations (such as those allegedly made in this case) may not be considered based upon the “parol evidence rule,” by which oral statements in contravention to the written contract are inadmissible as evidence.

In granting the plaintiff’s motion to dismiss the counterclaims, the Judge held that the defenses and proposed counterclaims of the sister-in-law should properly be dismissed and the mortgage canceled and discharged of record. Nagrotsky v. Koch, Sup. Ct., Kings Co. Index No. 506293/2015, 1/19/2016.

Richard A. Klass, Esq., maintains a law firm engaged in civil litigation at 16 Court Street, 28th Floor, Brooklyn Heights, New York. He may be reached by phone at (718) COURT-ST or e-mail at RichKlass@courtstreetlaw.comcreate new email with any questions. Prior results do not guarantee a similar outcome.